Five years ago my mum and I watched Martha Wainwright at Bristol’s Colston Hall. She found it uncanny as she’d been there thirty years earlier – young, free and childless – to see Kate and Anna McGarrigle perform. We were there witnessing the baton of folk and musical sensibility handed down a generation – the heads of a musical dynasty.

At the end of April the Sundance Music and Film Festival will screen the world premier of a documentary by Lian Lunson. Sing Me The Songs That Say I Love You: A concert for Kate McGarrigle chronicles the tribute concerts held for the late folk luminary in New York last May. Various members of her sprawling musical family contributed: sister Anna McGarrigle, best friend Emmlylou Harris, family friends Teddy Thompson and Antony and, of course, Martha and Rufus Wainwright.

The latter two – Kate’s prodigious offspring – will follow on from the screening with a performance of their mum’s songs and a Q&A session. It will no doubt be an intimate and candid experience, as only the Wainwrights know how. Their father Loudon Wainwright III is a bastion of confessional songwriting: Rufus is a Tit Man, A Father and a Son, Hitting You, Your Mother and I are just a few fine examples. Rufus and Martha responded duly with odes to their father Dinner at Eight and (the somewhat more forthright) Bloody Mother Fucking Asshole.)

Two years ago, South Bank’s Meltdown festival was curated by friend of the Wainwrights Richard Thompson; patriarch of his own folk rock dynasty.

A founding member of Fairport Convention, Richard’s collaboration with folk rock pioneer Linda Thompson (nee Pettifer) led to the birth of Teddy and Kami Thompson – now accomplished singer-songwriters in their own right. (And, in the early 2000s, Teddy performed as part of another great musical dynasty – in Rosanne Cash’s band.)

Perhaps the most definitive British folk dynasty is the Waterson-Carthys. Influential folk singer and guitarist Martin Carthy met Norma Waterson of The Watersons in the seventies, giving way to decades of successful collaboration and to the rise of the supremely talented singer and fiddle-player, Eliza Carthy. The three still perform together to this day, incorporating various singing siblings from the extended Waterson tribe.

I try to imagine what 2042 will hold for those musical dynasties – is the flourishing of the nest Wainwright generation in the incipient stages? Children of Arcangelo and Viva Katherine may follow clan-destiny and grow to sing and quarrel, or perhaps do the unthinkable and eschew it all and become bank managers. 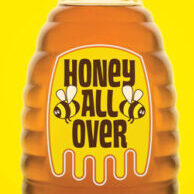 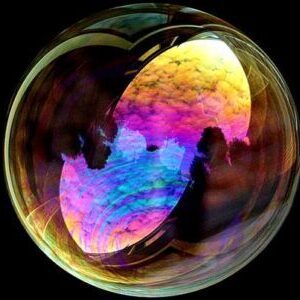