In 2000, Frederic Malle made a  momentous return to luxury perfume creation, founding the niche perfume house Editions de Parfums Frederic Malle. His ideas would revolutionise the fragrance market. Born in Paris in 1962 to a family of perfumers, he initially decided to study the History of Art in New York, but made a change in 1986, accepting a position at the famed perfume lab Roure Bertrand Dupont. There, Malle learned the aspects of perfume creation from some of the finest professionals in the business. After training in the fragrance world for more than 15 years, He was ready to make his change.

The revolutionary change of 2000 saw Malle inviting perfumers and designers to collaborate on scents. The idea was that the business would be removed, and focus would be put on the creators and the scents themselves. Malle used his industry connections and experience. They would have complete creative freedom with no financial restrictions. In this way, no perfume follows a predetermined route, the creators follow the fusion of scents in experimental directions, creating innovative but lasting fragrances. This idea of individual artistic creation manifested itself on the packaging and bottles. Rather than having the name of the fashion house, the name of the perfumer was featured, focusing on niche creation. The original nine perfumes from the range are now legendary. Malle fragrances were made in collaboration with perfumers Jean-Claude Ellena, Dominique Ropion, Maurice Roucel, Bruno Jovanovic, Carlos Benaim, Olivia Giacobetti, Pierre Bourdon, Edmond Roudnitska, Ralf Schwieger, Edouard Flechier, Michel Roudnitska and Sophia Grojsman Malle’s latest collaboration is with Alber Elbaz, former creative director of Yves Saint Laurent and most famously at  Lanvin. When the two began talking about ideas for the scent, they immediately agreed that it must have a mysterious element – it must let the imagination run free. Like Alber’s own designs, it would empower whoever wore it. “We must trust our instincts” – Malle and Elbaz artistic freedom results in a blend of the most luxurious materials: Turkish rose oil and Egyptian jasmine, enhanced by a touch of peach, rest on a bed of amber and frankincense imbued with Haitian vetiver. A final touch of aldehydes sharpens the perfume’s opulence with an urban edge. 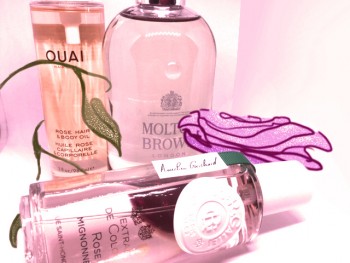 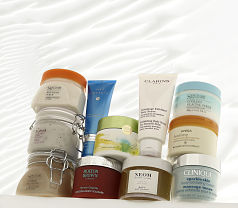