The British coast…When you think of it, you are instantly transported to a place of familiar times with family, lashings of ice cream, comfort, and laughter. However, there are different sides to the British coast, unchartered territory of the strange, the unique and the haunting. Thinking about this month’s theme of Re-Vamp, we spotlight a special one-day event taking place at the BFI Southbank. Stranger on the Shore is a screening of three visual poems directed by Michael Smith and Maxy Bianco accompanied by music from Andrew Weatherall and Nina Walsh. Each poem explores a different British coast; Hastings, Thames Estuary, and Whitby. The event, whose tagline seems to be ‘It’s different by the sea. A bit strange even’ perfectly encapsulates the coast as a place, unlike the rest. The live event taking place on 31st May will feature live music from Andrew Weatherall, Nina Walsh and Franck Alba with spoken word from Michael Smith. The Collaborators: A History in Re-Vamp
‘Just as the coast lies on the edges of the land, it also lies on the margins of the culture, and has always been a site of eccentricity, transgression, colour and romance.’

Stranger on the Shore re-vamps our view of the coast. We are transported to Hastings, a place that thrives off the unconventional. Then we see the history and haunting nature of Whitby before encountering what has been described as the ‘dockside desolation’ of the Thames Estuary.

The collaborative efforts of Michael Smith, Maxy Bianco, Andrew Weatherall and Nina Walsh are merged together to present a visual journey taking the audience on each coast, by film, poetry, and music. Each collaborator has a history in reinvention and merging creative elements. From his works, Shorty Loves Wing Wong, The Giro Playboy to the BBC’s Drivetime and his commissioned films by the Floating Cinema and CREATE, acclaimed filmmaker, writer, and broadcaster Michael Smith have transformed the coastline and its towns. His work continues to be inspired by space and location in Britain, more specifically coastal towns which exist on the outskirts. His collaboration with fellow filmmaker Maxy Bianco Another England is described as a ‘cycle’ of four films that explore the town of Hartlepool (where Bianco lives and works and where Smith grew up before moving to London). Each film explores what it means to belong to a place, re-vamping the idea of space and belonging.

Andrew Weatherall is DJ, remixer, and producer who is not only known for his popular remixes such as My Bloody Valentine’s ‘Soon’, Primal Scream’s ‘I’m Losing More Than I’ll Ever Have’ and Saint Etienne’s cover of Neil Young’s ‘Only Love can Break Your Heart’ but his influence on what has become British pop culture. Weatherall has a history of re-vamping, so to speak, in the literal sense with his chart-topping and acclaimed remixes but he has also re-vamped the face of club music and British club culture between the eighties to early nineties. He was an integral figure in creating what we know as acid house and a co-founder to Boys Own, where he alongside Terry Farley, Steve Mayes, Pete Heller and Cymon Eckel run raves, published zines and eventually opened a record label under the name Boys Own Recordings. His influence in music continued with the creation of the ‘Sabres of Paradise’ and the opening of label ‘Rotters Golf Club’, showing the multiplicity of music.
He was also one of the first guest editors here at .Cent, guest editing the second print issue of .Cent, the ‘Against the Grain’ issue which is available here.

A frequent collaborator with Weatherall and also one of the co-founders and managers of ‘Sabres of Paradise’ and ‘Sabrettes’, Nina Walsh is a singer-songwriter, composer, and producer. Her experience in music is extensive, Walsh having co-organised ‘UXI’, Iceland’s first dance festival, performed at Glastonbury, opened and run her label C-PIJ Records and also collaborated with Kenneth Anger on his film ‘Rabbit’s Moon’ as commissioned by the BFI. Stranger on the Shore Live takes place at the BFI Southbank on Wednesday 31st May 2017, starting from 6.30pm. For more information about tickets and travel, visit the BFI website here.

Stranger on the Shore trailer 1 and 2

Hounds of Whitby trailer 1 and 2 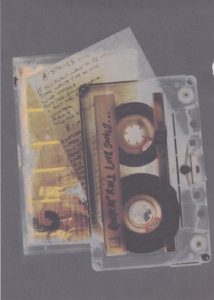 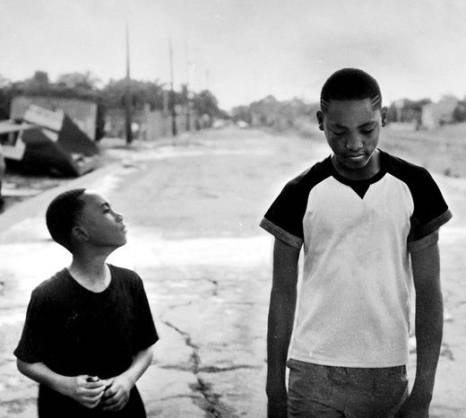