The idea of understanding, seeing or experiencing an artwork in the place that it was made is a thoughtful one. It’s something we touched on it our recent article on London Craft Week – it forms the main philosophy behind the week. This got us thinking about artists and the works they create. Understanding the artist’s surroundings is key in understanding their thought-space and their inspiration, so we think it’s vitally important to ensure the longevity of these homes. When we heard that William Morris’s Kelmscott Manor was being refurbished we had to take the opportunity to consider these artists homes and the importance of their renovation – all of which are open to the public (or will be). Front view of Kelmscott Manor. Photo ©  The Society of Antiquaries of London.

William Morris was the greatest English designer, almost wholly responsible for the English love of the floral pattern. However, his greatest achievement is as founder of the Arts & Crafts movement – something which almost every designer working to day has a debt to. A £6 million renovation of Kelmscott Manor, William Morris’s country retreat, has been confirmed. After holding a competition for architects to win the £425, 000 contract of the grade 1 listed building, the Heritage Lottery Fund has agreed upon the funding. Now owned by the Society of Antiquaries of London, Morris originally signed a joint lease for the house with maverick pre-Raphaelite Dante Gabriel Rossetti. Head of the Heritage Lottery Fund, Stuart Mcleod cites that the house had a strong influence on Morris’s conservation beliefs, but more than this, it’s known that many of Morris’s designs were inspired by the historic and natural environment of Kelmscott manor. In fact, he called it his “loveliest haunt of ancient peace”. It was a “heaven on earth” and appeared to have “grown up out of the soil”.

As well as being co-signatory on the lease, Rossetti had an elaborately designed studio and workspace in the manor and in fact lived there permanently from 1872-1874. Many of Rossetti’s paintings take place at the manor, often of Morris’s family. In renovating the property, we’re paying tribute to architecture and nature and their intrinsic place within art and design. Oxfordshire, on the shores of the Thames: one can almost imagine John William Waterhouse’s ‘The Lady of Shalott’ moving across the water on a slow and humid day. The renovations aim to double the number of visitors to the house. It shares its namesake with the famous Kelmscott press – Morris’s addition to the creation of the private press. For more on Morris, check out our recently published article on him here. Sandycombe Lodge was Turner’s Twickenham country villa. At the moment, the building is fully covered in scaffolding and wrapped to protect it from dirt and debris. But, it should open again for visitors this summer. So far, they have raised £2.4 million towards the renovation, but the Trustees still need a further £100,000 to finish the project. The house is situated in the Thames Valley, just off the river. Some of Turner’s greatest and most romantic paintings are of the Thames. To anyone interested in the work of Britain’s favourite artist, visiting and experiencing Sandycombe lodge gives a valuable insight into the life and times of the great artist. Hogarth was a great enlightenment painter, satirist and social critic. His works are some of the most loved in Britain. His moralizing artwork ridiculed societal norms and aristocratic decadence. This house was his country refuge, weekend and summer home. His painting room sits at the bottom of the house, where he worked until just a few days before his death. Hogarth sits firmly as one of the giants of the English Enlightenment. Visiting his house can give us an insight into the mind of the important artist and thinker. After a devastating fire in 2009 the property was renovated and is again open to the public. 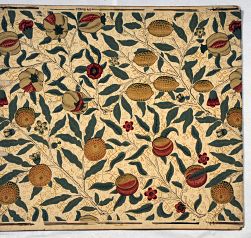