In this day and age, the Spa may not seem so much of an exotic destination because they are a familiar sight on most high streets and in most high-end hotels. The initial use of Spas when first arriving in many a metropolis was very different from how they are engaged with today.

Turkish Baths or Hammams came to London first in the late 1800s and were believed to improve complexion, boost the immune system and help reduce anxiety. The baths took inspiration from ancient Greek and Roman bathing traditions, representing subtle opulence. But when they initially entered the life of London, they were the Victorian answer to an all-around 24-7 spa. It was where the general public went to bathe and relax especially when the majority did not have their own bathrooms.

As well as a location for relaxation, they had a reputation for shall we say ‘lewd’  behaviour being a gathering place for the male gay community. Supposedly ‘Pretty boy’ policemen were placed outside to catch men out in what we could only today call entrapment. There was a general consensus that with the proliferation of Hammams that were commonplace in the dark and dirty towns around Britain, the ‘grubby and filthy’ life of the workers could in some way be alleviated.

The famous Savoy Hill Turkish Baths were known as the most lavish of the spas, with the architect of next door Savoy Hotel having designed it. They were around the corner from the Jermyn street baths, also well known at the time as the home of men’s barbers and tailors. It was also the home of Penhaligon’s, owned by William Penhaligon who was initially the owner of a barbershop and the beginning of the infamous scents. Hammam Bouquet, released in 1872, was the first ever fragrance from Penhaligon’s, inspired by inhaling the steam and aromas of the baths and created by William Penhaligon. It is an oriental, mature scent with Turkish rose at the heart of it, as were the vapours of the exotic baths. Hammam Bouquet is still being sold today and as the baths were the starting point of the established perfume house, it is only fitting that there was another scent dedicated to the original inspiration. The new scent originates from the classic, paying respect to the lavish Savoy Hill baths.

The new ”Savoy Steam” Eau De Parfum by Penhaligon represents the sophisticated developments of perfumery and how we can now smell the impression of steam. The name conjures up a tranquil spa environment and represents the steamy atmosphere on a new level. Savoy steam Eau De Parfum is delicate and light with pink pepper and rosemary. Stemming from the opening of the steam rooms for the fairer sex, the scent exudes the feeling of new beginnings, with the classic rose scent and haze of the days of yore combined with aromatic geranium. The scent seeks to revitalise the mind, body and the soul with its steamy, uplifting and endearing charm all enveloped in a floral mist.The Savoy Steam Cologne bursts with eucalyptus and bergamot, relaxing and crisp with its lemony hints just like the steam from the baths of London in the Victorian era. Like hopping into a pool after a long, hot day, the scent is stimulating with the cooling effect of eucalyptus. The scent evokes a serene, clean and stimulating effect like an adrenaline-inducing cold shower. Wrapped in refined elegance just like the Turkish baths, the fragrance is offering an opportunity to escape grey reality.

Launched in collaboration with The Savoy Hotel, synonymous with London’s heritage, the two forces are legendary cases of exquisite lavishness. Penhaligon’s has been a supplier to the British Royal Family since 1903, but the brand is always exploring developments in fragrance technology, such as CO2 extraction and nature-print technology. Deeply rooted in their rich heritage, Penhaligon’s has been engraved in the hearts and noses of the Brits. This heritage is further strengthened by the fact that the fragrances are still made and bottled in the UK with quality ingredients. The original scents, expressive of a long history in perfumery are suitable for anyone with an appetite for intriguing background stories. 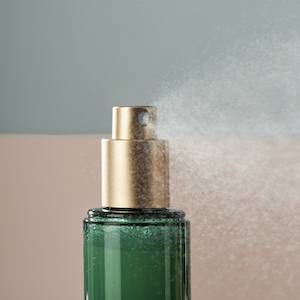 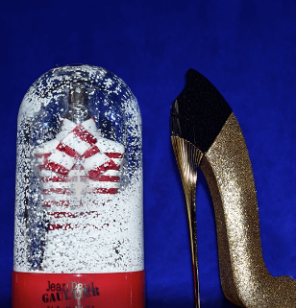