When people typically imagine how vodka is produced, they tend to only consider the creation of the beverage itself; they don’t typically consider creatives who are involved in driving the new project forward.  Yet like with any innovative start-up company, creativity is essential, and everything from Sauvelle Vodka’s formation to its distribution embodies that inventiveness.

Olivier Carsoule and Antoine Gravouil are two men who are passionate about cognac, and it was this passion that led them to create their own brand of vodka.  Pairing with their distiller Miko, they together experimented in his lab in his own home in the Cognac area of France, (where, logically enough, many cognac distillers reside). The final product is unique with regard to the intensity of its refinement, giving Sauvelle its distinct taste.

The distillation process is a gradual one; after several months, a soft wheat French spirit is decreased to 41 percent volume.  Near the end of the distillation process, the liquid is filtered over wood such as charred oak to soak up the undesirable contaminants.  To avoid stripping the vodka of its natural hints of vanilla and cherry blossom, there is no further filtering of the end product.

They began considering the idea around August 2012, and by the start of 2014, the design, branding, and vodka were finalized. The vodka formation process is a complex one, and so is the presentation of the drink.  Because Sauvelle is hand-crafted vodka, the company has hired artists to do work by hand so that the display of the product has continuity from the taste to the visual identity of the beverage.  The company has recruited tattoo artist Dominique Holmes to etch designs onto cocktail glasses.  International DJ Charles Prince has been hired to play music at events.  Illustrator Claudine O’Sullivan inscribes gold cocktail shakers, and jeweler Catherine Zoraida creates jewelry to promote the brand and sell at events.  Each of the creatives work for Sauvelle to transform the vodka’s name, Sauvelle – which means wild and beautiful – into reality. Cornerstone to its growing success is the fact that they are a brand that genuinely is crafted and creative, unlike many of their mass-production competitors. Sauvelle offers recipes for refreshing cocktails like the “Sauvelle & 17” shown above, along with how-to videos on their website, which can be found here.  They will be launching in the entire UK soon. 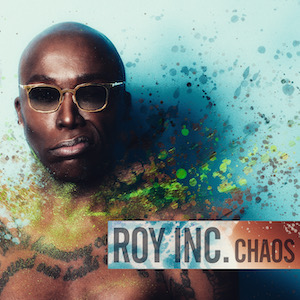