Capturing a moment; a snap in a fraction of a second; the click of the finger on the button. Joy, pain, absurdity, heartbreak and passion all caught in a slither of time. A sea of human emotions, caught in someone’s momentary glimpse; caught for eternity. However, as quickly as we may look at the image we may forget that whatever was captured could have been part of a much bigger story, partial strands of someones life. Yet maybe the image gives clues to the story; because, after all, one single shot can give an insight to a whole life; a picture might reflect a hundred stories captured in that very split second. Here is a little history of a few photographers who via cameras, spun life, in all its layers of glory, into their photographic images. You might look at art as a picture and just see a moment captured but beneath the surface when you look deeper it can echo the layers of a whole life. Find out more in A Story in a Moment .

Let’s start with an insight into a very interesting woman’s life. One who lead a mysterious double-life in Chicago in the 1950s. Vivian Maier, was born in New York in 1926 to Austro-Hungarian father and French mother, and grew up to be one of the greatest photographers known in the 20th century. Fascinatingly, Vivian this infamous woman actually remained anonymous almost all through her life. Her art came to light only in 2007, when all her photographs were found piled up in a Chicago storage locker after she had died. These images were then later auctioned to become one of the greatest photographic discoveries of all time.

Vivian carried her Rolleiflex Camera everywhere, capturing more than 150,000 images in her lifetime. She seemed to have (from her images) an extraordinary fascination for observing people going about their ordinary life. Her portraits cover a vast number of scenes from glamorous housewives to carefree children, momentary lapses of all the highs and lows. The very everyday humanness of the lives in any major city was recorded by her, almost telling tales of those cities. Her art was a gateway to moment of everydayness; images to linger and ‘fall into’.

Vivian worked almost 40 years of her life as a nanny to the high-class families in New York and Chicago. She was known to the children as “a real-life Mary-Poppins”. Maier tucked away her identity and was known to be a very private person, although her curiosity for life and people may be well reflected in her photographs. There is almost a personal feeling of enquiry in the way she viewed her subjects.

Vivian’s proficiency reflected the beauty of life around, creating a distinctive record of urban America in the 1950s and 60s. Maier carried Super 8 as well as the 16mm camera, and prints, reems of undeveloped films and audio tapes that she shared with no one all her life.

Vivian was self-taught, her craft was experimental and yet vibrant and interesting. Her story was conveyed through an Oscar-winning documentary, Finding Vivian Maier released in 2013. As an ode to her legacy, her work is going to be exhibited in the UK’s MK Gallery from June, this year.

Martin Parr, is also a living exemplary British Photographer who played around producing iconic images starting from 1950s of the great British public; his work, intimate, satirical and anthropological.

Martin’s photographs are well archived in his new book photobook, Deja View which was created alongside images from ‘The Anonymous Project’ (archive of unidentified vintage photographic images). Surprising and delightful in their similarity, those unknown and those on Martin’s, these affectionately matched images give a delicious feeling of déjà vu, while reminding us of photography’s greatest power: to intimately preserve everyday moments of humour, warmth, ennui and absurdity; some from the famous lens of Parr others from an unknown source. The juxtaposition deeply intriguing but yet again images you want to sit and spend time with, getting to ‘know’ the chosen characters.

A yet another distinctive piece of work Martin Parr has delivered is his documentation on capturing live moments of the English social classes along the seaside, named ‘Life’s a Beach’. Parr reckons that the beach is an affectionate location that allows people to be themselves and he sees this scenario as an opportunity to experiment with his ideas, styles and approaches with camera. His photographs depict naked emotions of people unbothered. Hence, these pivotal moments encapsulate Martin’s extrinsic idealisation of a beach scene.

Giant is a 15,000 square foot gallery in Bournemouth, programmed to feature major international artists and their work. Martin Parr’s Life’s a Beach will be exhibited this year from April onwards.

While, the above two stories reverberate similarly by capturing unknown subjects two journalistic-style photographers whose craft is focused more on their communities, are portrayed below; this time images much closer to home.

A story teller, photographer, a man with a spark of curiosity is Jim Grover an award winning, social-documentary photographer who has engrossed himself into discovering a remarkable man and his story. A tale of an unsung hero, whose eloquent history is carried in Jim’s photographic craft.

Maurice (Murray) Dorfman. Behind the Shop Façade, is a set of images of an unlikely hero. The life of Maurice Dorfman is an exceptional photographic journey of a Russian man from a Jewish family who had arrived in the England in 1902.

Maurice had a pretty rough childhood in Essex during WWII, grew up in an anti-Semitic environment, saw his mother’s dealing with her traumatic past and experienced his father’s bankruptcy. The rest of his life might not have been easy on him too, battling cancer twice (alone), growing old and surviving some odd 30 years by himself in a sinking, gigantic building and executing his business; Jeannette Fashion.

Maurice floated above all this, his joyousness for embracing life’s obstacles and creating beauty out of it had led him to become this remarkable personality. Throughout his life, his magnetic charm drew people into him,

‘a very engaging guy without it being apparent….he was like an understatement’ – Quote from Behind the Shop Façade- The life of Maurice Dorfman.

Jim Grover, very keenly observed Dorfman and this led Grover to pay a tribute to Maurice Dorfman via an exhibition. Behind the Shop Façade– The life of Maurice Dorfman, is an imprint to his graciousness and his positive influence on people around him. His life journey, incomparable moments and memories will be exhibited in Clapham from 1st of March 2022. This exhibition will feature over 50 photographs, documents, family pictures, objects related to Dorfman.

Photographs that speak volumes; ‘captures that embrace cultures’. Maganbhai Patel, often familiarised as Masterji ( translates from Hindi as Master Sir) was a notable dignitary who created classic photographs from 1950s till 2000s in his own community, the South Asian families in Coventry.

Using a kodak box Brownie camera initially, Masterji embarked into his photography journey in 1951, after arriving in the UK from India. He primarily took images of local people from wedding to cultural religious festivals and celebrations that ultimately built up (we can now see) into socio-historic stories of people from India, Bangladesh and Pakistan now living a new life in a distant land.

His captures reverberate the evolution of generations of south Asian communities in England. His work, and its volume as we look at it now , very beautifully capsules how people from India and neighbouring countries advanced culturally over decades in a foreign land. The portraits splash changes in fashion, in the sense of witnessing a more integrated documentation of cultural adoption.

Over time, he gained more recognition in his community and successfully established Master’s Art Studio in 1969 with the help of his wife, Ramaben Patel, also a photographer. ,

Masterji’s work will be showcased in Compton Verney, an art gallery and park this year from February till May and is the largest ever photography exhibition by this Indian-British photographer.

We have seen and learnt the phenomenal greatness of photography through these story makers above. A moment captured is forever impressed onto a piece of paper, eternally remaining as a reverence to the moment passed, filled with echos of history, layers and meaning that far out way when we ponder the fraction of a second it took to create them.

Deja View by Martin Parr and The Anonymous Project is published by Hoxton Mini Press.

Martin Parr’s Life’s a Beach will be exhibited this year from 2 April-26 June 2022 at GIANT- The The Bobby’s Building, The Square, Bournemouth, BH2 5LY.

Behind the Shop Facade-The life of Maurice Dorfman, Jim Grover’sNew Photo story will be exhibited from 1-30 April 2022 in Clapham.

Maganbhai Patel’s (Masterji) work will be showcased as the largest ever exhibition by one of the British Photographers in Compton Verney, from 12 February-22 May 2022.

If you enjoyed reading A story in a Moment, then why not read Art-i-Facts here. 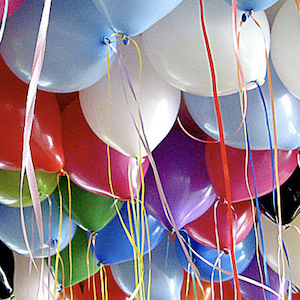