Take a deep breath. Inhale and exhale. This month’s intense theme revolves around AIR. The invisible layer of atmospheric gases that all humans take for granted. Like last month’s theme water it’s essential for our existence and is a curious source of music inspiration. Over a series of articles, we’ll be looking at peculiar and extreme functions of AIR within music. From instruments activated exclusively with air to music videos that emphasis air’s qualities. From the serious perspective of musicians that’s air-related phobias have affected their careers to the burdening question: should air guitar competitions be taken seriously?

Technically, instruments that are operated with air make up a large percentage of commonly-used music devices. Therefore it isn’t unsual or particularly fascinating. If it’s not a string instrument that’s plucked, arco or strummed, or a percussion instrument that’s bashed or tapped, it’s usually an instrument that requires the blowing of air to make it’s sound. This even includes beat-boxing and the human voice.

However aerophones are not only dependent on air breezing through their sound chambers but they rely on human interaction for the motion and the manipulation of it’s harmonic keys. What if we took the human out of the equation? The result is a revolutionary instrument known as the “Wind Organ”, that allow nature to be the performer and due to their positioning as exterior exhibited sculptures, the audience is a sporadic and limitless set of passerby. Like our previously studied Hydraulophone (water-functioned instrument), wind organs are part of a new collection of mind-blowing inventions – check out the cardiophone (heartbeat-functioned instrument) and encephalophone (brainwaves) and at this stage aren’t easy to wrap as a present or take home in a liftable case. In this article, we compare our wind-operated findings like a game of Top Trumps. Although it’s not actually a harp but an aligned row of pipes that imitate it’s appeaance, the “Aeolian” in the instrument’s name is appropriately borrowed from the Ancient Greek god of Aeolus; the ruler of winds in mythology. Already making it sound powerful and forceful. In recording terms, it is the god of the wind organs because it has had the most impact on the music industry out of the existing types of wind organs. On Spotify alone, you will be able to find albums entirely dedicated to celebrating it’s natural aura. As well as songs that have ultilized it in one way or another like British musician Banobo and Norwegian saxophonist Jan Garbarek.

Recorded between Spain (La Manga, Sierra Nevada) and England within the winter and spring of 1989, Windsongs- The Sound of Aeolian Harp portrays the instrument as both refreshing and blissful like the sound of a coastal shoreline and hauntingly suspenseful with the drone of a David Lynch soundtrack. This is over the course of eight tracks entitled unimaginatively (North Wind, South Wind, East Wind etc.) that total at 57 minutes long. Categorized collectively on discography websites as field-recording, world & country, drone and ambient non-music shows how left field the sound is. It is also worth noting that the album cover exemplifies the range of shapes that an Aeolian Harp can come in. The quality of it’s song depends not only on the strength of the wind but the length and type of strings, as well as the structure and material of the resonating body.

British musician Roger Winfield embraced his passion for the instrument once again in 2011 with the release of Voices Of The Wind. NB: many wind organ enthusiasts call the sound of it’s instrument gracefully as voices or singing rather than sounds or vibrations. More quiet and mystical, it proved that a listener requires a certain level of patience to stay interested in it’s capricious compositions.

Apart from Thomas Ward, who built a huge Aeolian Harp on a hilltop in Chelsea, Vermont, Australian sculptor Alan Lamb is considered to be an important pioneer in creating and recording the instrument. According to a Sound Design website,  he is known for his unique approach to sound installation that is somewhere between designed and “random occurrence”. He has composed at least 14 compositions for the wind organ, recording them with a specialist contact microphone and on a few occasions combining it with the cello, percussion instruments, vocals and mechanical devices in post-production. At Spotify you can stream Journey On The Winds Of Time I, a circa 13-minute piece that’s cold, industrial and dystopian.

Right at the beginning of this year (January 1st), a new album has surfaced that positively embraces the Aeolian Harp entitled Nature’s Dream Harp and was unleashed by unorthodox label Trunk Records. By Robin Archer, it’s also dissonant and lacks harmony but it pairs the organ with bird noises and other sounds of nature to make it less spacious. It also happens to be the most interruptive of the four albums due to it’s persistent stops and teasing false endings. Location: On the shore of Lake Washington, Seattle, US

Although rock music fans will associate the name Soundgarden with one of the many bands fronted by Seattle’s Chris Cornell. This wind organ situated in Cornell’s city inspired his band’s name and has attracted visitors since the eighties. It’s location is both beneficial and disadvantageous. It’s free status and how it overlooks the picturesque landscape of Seattle makes it popular but also a post-9/11 security risk, meaning that a visitor requires an approved pass and photo ID.

It consists of  12 independent both vicinity-close steel tower structures that hang organ pipes of unequal lengths it creates low tones when the wind blows around or through the steel causing them to rotate. Unattractive, it looks like a cross between a wind turbine and a transmission tower. A tourist that posted captured footage of the instrument at work on You Tube called the sounds “eerie.” Other descriptions state that it whistles, murmurs and howls but requires a huge gust of wind to even make a tone.

Douglas Hollis is a prolific maker in installations. Another wind-related creation is visible at Lake Placid, New York (although it’s wind vanes), while he also experiments with water; the 3000 water spouting fountain (Mountain Mirage, Colorado) and 4000 ft water installation in San José Civic Center in California. Even without it’s music capabilities, Lancashire’s Singing Ring Tree is an astonishing piece of architecture. It has a unique shape, gravity -defying balance and looks like it belongs to another planet. Although out of all the wind organs, it’s musical function is most transparent. The hole-adorned tubes that make up 90% of it’s structure make it clear where the air flows into, therefore it’s less enigmatic. It’s part of a set of attractive yet purposefully sculptures that aim to boost the renaissance of the area (check out the space-ship hovering artwork Halo) and was designed by Mike Tankin and Anna Liu. It’s aim to resemble a tree with it’s pipes of galvanized steel isn’t completely successful but nonetheless was opened proudly by the Mayor of Burnley in 2006 and won the Nationa Award of The Royal British Institute of British Architects. Also known as the Sea Organ, Morske Orguljie combines the principles of the Hydraulophone and the wind organ together to make an instrument that uses both water and air as it’s activating source. The tide of the ocean interacts with holes in it’s marble steps to create a soothing voice but can also be manipulated manually to some extend by it’s visitors. Part of it’s magic lies it’s camouflage. Unlike the previously mentioned sculptures, Morske Orguljie doesn’t draw attention but blends into the scenery, surprising less-informed resting tourists with it’s harmonies.

Although it was launched on 15th April 2005, it was part of a redevelopment of the city of the Croatian city Zadar, which succumbed to severe damages during the Second World War. It brings a positive, social and pleasant vibe to the community without being too demanding and importantly generates tourism. Reliable holiday website Trip Advisor gives an insight into the public praise of the installation.

“Flunctuations in the waves was really something”- Ramona C (June 2015)

“People sit there and listen to the sounds while drinking wine and eating. I’d end every day there.”- Greg P (September 2014) Closer to home is Blackpool’s High Tide Organ. Like the Singing Ringing Tree, it’s part of a collective of new sculptures to reinvigorate Lancashire called The Great Promenade Show and like Morske Orguljie it used an amalgamation of wind and water (a tidal organ). It’s nicknamed the “musical manifestation of the sea” and received admiration for it’s recycled construction and for summing up Blackpool’s natural and man-made environments. It was erected by Liam Curtin and John Gooding in 2002 and is a massive beast at 49 ft 3 inches tall.

It scores the highest points in it’s depiction of a musical instrument, looking like the curling tail end of a violin with tubes that resemble pluckable strings. It’s colours are also relevantly brown with a copper exterior and a steel, zinc and concrete interior. It consists of 26 pipes, 18 within structure and 8 attached to the adjacent wall that faces the sea. It operates when the seawater pushes air up and inside the instrument’s body reacting with the reverberated organ pipes. Although, there’s a timing issue as tourists can only hear the sound around 2 1/2 hours before or after a high tide.

If you are lucky to enough to find it on the internet, the High Tide Organ can be seen in the BBC programme Coast where Liam Curtin introduces it and performs a more conventional pipe organ. It’s unsurprising that Curtin got himself on the small screen, considering that he’s been active jack-of-all-trades in the art world since the late eighties; directing short films, composing music, excelling at ceramics and creating pavement jewelry – bronze coins that can be walked over in Oxford.

Other Wind-played instruments worth mentioning: Reason for purpose: To be a tribute to holocaust survivor and creator’s father Ignatz Farbiarz 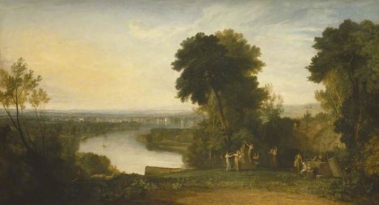 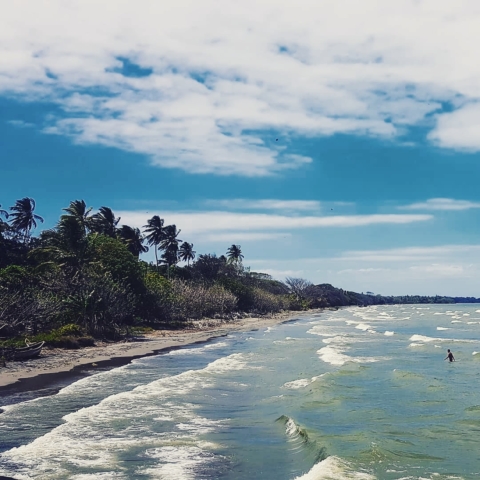