We recently published a piece on the topic of Vantablack – the blackest black paint ever created and monopolized by Anish Kapoor. Many artists and commentators are highly critical of Kapoor’s refusal to disseminate the paint. Really, what the paint stands for is a promising research proposal.

But it’s not actually a paint at all – it’s laboratory made. It was created by Nanosystems to use on stealth equipment – it’s not actually pigment. This brings us on to the question of this article: how has technology influenced art?

The Invention of Photography

Many artists at the time thought of photography as the grim reaper of painting. Anytime there is a revolutionary technology there are always fears of insubordination and becoming obsolete – recently we’ve seen this in the invention of the E-book. Yet, after an initial spell in dropping book readership, levels are now back up to a healthy rate. Just in the way that the newspaper is still read, the radio is still listened to.

What was popularly supposed to herald the death of art has actually galvanized the most innovation and research.  Painting no longer served the purpose of accurately depicting nature – it was free to move in any direction it pleased. Thankfully this led to impressionism, expressionism and abstraction. At the same time, inventions in photography have seen the birth of a new genre of art and through that we have seen film and video art.

The Invention  of Sound Art

Sound art refers both the medium of the work and its subject – what it refers to. Futurist Luigi Russolo is largely responsible for the invention  of this category of art. Working around 1913-1930, Russolo created work such as that above with replicated the spirit of the industrial age and the mechanization of warfare. Related by purpose, Dadaists and Surrealists fostered further research into the medium. The work is often ominous and foreboding, nightmarish and piercing. For further reading on sound art, check out our recent article here.

The Invention of Video art

Nam June Paik is one of those few influential innovators who managed to predict the course the world would take, rather like George Orwell. He’s often referred to as the father of video art, being one of the first to see video and the camera as a tool for expression. Originally from Korea, Paik left in 1950 when war broke out, there moving to Japan and studying Aesthetics, Arts and Music History. Rather than just an artist, Paik developed new technologies to help establish his vision – synthesizers among them. His influence on popular culture is undisputed. Annexing TV and CCTV for his installations, window displays and retail spaces often created their displays very much in the style of Paik. He met and was heavily influence by the American avant-garde composer John Cage who spurred Paik’s creativity, leading him towards his title as the pioneer of the new media of art.

The Invention of Electronic Flash Photography

Often called ‘the man who froze time’, Harold Edgerton invented the electronic flash – showing us things we previously couldn’t see. To call him the father of modern high speed photograph too, isn’t too far. His developments in photographing tiny droplets of water and their splash undoubtedly led the way to macro-photography, if only by arousing interest in the tiny. Today, many of his photographs hang in The Museum of Modern Art, New York – interesting, as he called himself a technician rather than an artist.

The Use of the iPad

As one of the foremost artists working today, David Hockney is well known for his innovations and additions to painting. a few years ago he spent many months perfecting his digital painting technique. He loves the accessibility of painting on iPad. The accessibility gives the work an immediacy often lost in preparing a canvas and mixing up colours diligently. As another platform for making paintings and, furthermore, making painting accessible to everyone, Hockney sees the iPad as an excellent way to get everyone to paint. No excuses.

The Invention of the Google Brush

This is one of the most exciting innovations for art in recent years. The Google Tilt Brush gives allows users to create all-immersive 3D artwork. The opportunities for it’s use seem to be boundless – from use in the classroom to graphic design and architecture studios, to lecture halls and art galleries. We’re really excited to see how artists use the brush. If nothing else, surely the excitement of 3D virtual reality painting will get kids into painting. 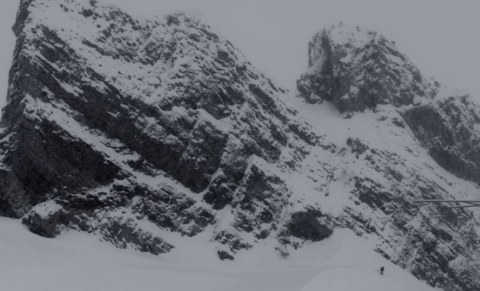 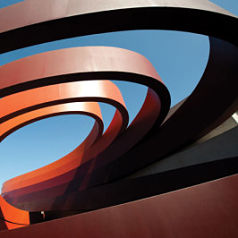