Throughout history, mental illness and art have had a close connection. Many artists who suffer, or have suffered, from mental illness, translate their emotions or problems into their work and are greatly influenced by it. Pablo Picasso, who was one of the most influential 20th century artists in the world, was thought to be a sufferer of Bipolar disorder.  There were long periods in Picasso’s life as an artist where he translated his emotions into his artwork through colours and the style of his paintings and artwork. 1901-1904 has been identified as Picasso’s ‘Blue Period’ whereby the colour blue was specifically chosen to convey emotions of coldness, misery and despair. Then shortly after that the colours slowly transition into the brighter, warmer ‘Rose Period’ of 1904-1906, where Picasso used soft pinks (Rose) and primary colours to compliment the softer colours. The two periods, represent the transition in his life from poverty, depression and darkness, to love and light.

Andrea Tyrimos has announced an exhibition from the 14th-19th October whereby she will be showcasing works that show the ‘many faces’ of mental illness. The oil paintings in the exhibition are of both celebrities and non-celebrities, and have accompanying audio pieces to create a brilliantly executed multi-sensory exhibition.The exhibition is called ‘Bipolar Picasso’ as the name connects mental illness to art, although the exhibition is not specifically about Bipolar, it covers a broad range of mental illnesses. As the illnesses are mental and in a sense, invisible, the use of audio pieces allows this invisibility to become visible through sound.
The use of light in the oil paintings is also an important aspect of the idea behind the exhibition, the light is focused on the mind and the surrounding area of the head, which subtly but effectively represents the mental illnesses. Alastair Campbell (Former director of Communications for Tony Blair, writer, strategist) said that:

“Bipolar isn’t easy to diagnose, nor to treat, nor to live with. It can be elusive. Like people. Like light. Andrea Tyrimos recognizes that. Her portraits have lightness. Lightness of touch. Look at her work, listen to her talk, and you soon appreciate that she is a very humane being. Humour, warmth, accessibility and relevance. The art and the person.” The focus by the media on mental illness tends to solely be upon celebrities and never ordinary individuals, so Tyrimos uses portraiture to show a likeness between all of the individuals painted. Bill Oddie, Alastair Campbell, Kerry Katona and Guardian editor and journalist Mark Rice-Oxley are just a few of the names involved.
The exhibition will be on from the 14th-19th October in 5th Base Gallery, London E1. In the mean time, you can find more about Andrea Tyrimos here. 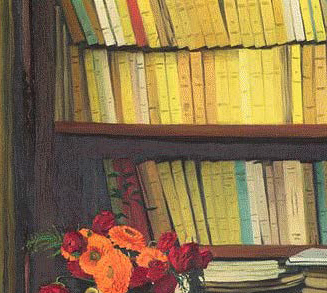