‘Everything is visual for us, whatever means it comes in.’ Unit Gallery

It is no surprise that different art forms influence, inform, and serve as inspiration for each other, since, in a way, they all are connected by their purpose – to create. Creativity is a unique tool to have in order to express an emotion, an idea or concept be it through paintings, music or film.

Just think of poems that have turned into ballets, books turned into movies, or photographs turned into paintings. A less-noted but very luscious interplay exists between the cultures of filmmaking and visual art.
Since the cinema’s earliest days, filmmakers have been turning, among others, to artists for stylistic or contextual inspiration. Directors often use imagery from paintings to shape the look and meaning of their own works, sometimes even building the whole visual theme of a film around one artist or piece of art.

But why are paintings such a good reference points for filmmakers?

Simply put, painters are experts when it comes to telling a whole story only through a single picture. They know a lot about composition, treatment of light, structure, and texture. On a painting, every little detail must be right in order to “create an overall picture”. Even though nowadays it is way easier to tell a story on screen, filmmakers are still taking inspiration from an early form of storytelling. In the end, a film is, in its most basic form, made up of a series of still images.

One of the artists that are most influential and widely-known on that score is Edward Hopper (1882-1967). His impact on the art world and popular culture is undeniable – especially after his death, his work has been referenced many times all over different art genres, but particularly in filmmaking. Success came to him early in life, but because movies were mostly produced later in the 20th century, Hopper’s impact on pop culture grew especially strong after his lifetime.

Hopper had shown talent in drawing from a very early age and started working professionally by his teens. His work reflects the rapid change the country underwent during the 19th and 20th century and he is now widely acknowledged as one of the most important realist painters of twentieth-century America.

The fact that he worked during the Great Depression and the War reflects in his paintings, which often display scenes of solitude, resignation and regret. However, he still gained recognition during these frustrating years and even received the U.S. Shipping Board Prize for his patriotic poster design Smash The Hun (1918), appearing on the front cover of The Dry Dock Dial (the in-house newsletter of Morse Dry Dock and Repair Company, formerly one of America’s largest ship repair and conversion facilities) in February 1919.

Hopper managed to capture the American urban scene and the country’s inhabitants like no other during that time. He would often include common features of American everyday life, like hotels, theatres or street scenes, as well as seascapes and rural landscapes, but he turned these seemingly simple and mundane settings into emotionally-loaded moments, almost like scenes from a movie.

One of Hopper’s most well-known and probably most regularly referenced paintings, created in 1942, is called Nighthawks. It shows some customers sitting at the counter of an all-night diner from the cinematic viewpoint of a sidewalk. The diner’s electric lights set it apart from the darkness outside, creating an isolated, almost melancholic ambience. German director Wim Wenders recreated the painting for his 1997 film The End Of Violence centering on a group of people whose lives interconnect after different incidents of violence. The movie incorporates a tableau vivant of the painting, recreated by actors.

Italian surrealist horror film director Dario Argento also recreated the diner as part of the film set of his thriller Profondo Rosso (1976), which tells the story of a pianist investigating a series of murders.

The painting was also taken as a visual reference by Ridley Scott for his science fiction masterpiece Blade Runner (1982), a movie about a group of synthetic humans known as replicants that work on off-world colonies escaping back to earth, where burnt-out cop Rick Deckard tries to hunt them down. Nighthawks’ colour and light palette apparently has influenced the portrayal of Deckard’s isolated city life.

Some of Hopper’s other paintings were equally influential, one of them called House by the Railroad from the year 1925.
This painting, depicting an isolated Victorian wood mansion behind the raised embankment of a railroad, is reported to have heavily influenced the iconic Bates house in Alfred Hitchcock’s psychological horror film Psycho (1960), centering around a secretary’s encounter with owner-manager of a secluded motel, Norman Bates.

The painting also inspired the home in Terrance Malick’s film Days of Heaven (1978), a romantic period drama film set in the vast prairies of Texas that tells the story of two lovers who harvest crops for a wealthy farmer, until they try to trick him into a false marriage in order to claim his fortune.

Countless other filmmakers have used Hopper as an inspiration, sometimes based on one particular painting, sometimes on his style in general.
A reason why Hopper became a favourite among filmmakers might be his ability to create almost cinematic compositions through his dramatic use of light and dark and his depiction of isolation and melancholy that make his paintings seem like stills for a movie. The characters are often positioned as if they were captured right in the middle of a film scene. This style, referred to as “Hopperesque”, really makes his work stick out and it’s no wonder so many filmmakers are using it as a reference point.
It’s wonderful and almost ironic, how Hopper imitates life with his art, and filmmakers, again, imitate Hopper’s art – it’s a cycle of art imitating art imitating life.

Hopper’s movie-like style likely stems from his lifelong love and devotion for the cinema and the theatre. Whenever he wasn’t in the mood for painting, he went to the movies, often for several days in a row, which he called a “regular movie binge”.

Not only the films themselves, but also the movie’s and theatre’s interiors and spectators fascinated him, and he treated both as subjects for his paintings.

Hopper managed to create paintings that possess a cinematic atmosphere of their own. He created paintings of heightened realism and had left an indelible mark on cinematography with his work.

But of course it’s not just Hopper; many other artists and their artworks have served as an inspiration for filmmakers, some of whom are going beyond realism with their art.

Take, for instance, Swiss artist Hans Ruedi Giger, a surrealist painter whose work is highly detailed, imaginative and sometimes pretty dark. Dan O’Brien, screenwriter of Ridley Scott’s sci-fi horror film Alien (1979) happened to stumble upon the Necronomicon, the first published compilation of Giger’s paintings. Because he was so fascinated by Giger’s twisted imagination, he presented his work to director Ridley Scott, who immediately hired Giger to work on the design of the film’s titular monster as well as the set design. Giger’s visionary designs eventually became a defining feature of the film’s popularity.

Filmmakers have always and probably will always be inspired by all different kinds of artworks. There are countless more examples of the connection between art and film:

Django’s blue suit in in Quention Tarantino’s Django Unchained (2012) that was inspired by Thomas Gainsboroughs The Blue Boy (1770), or Alex Colville’s To Prince Edward Island (1965) showing a woman gazing through a binocular, which inspired a shot in Wes Anderson’s Moonrise Kingdom (2012), and the overhead shot of Kirsten Dunst lying in a river in Lars von Trier’s Melancholia (2011) that resembles Sir John Everett Millais’ Ophelia (1852), to name but a few.

Another very well-known artwork, Van Gogh’s Wheat Field With Crows from 1890, has been used in Akira Kurosawa’s 1990 film Dreams, a magical realist film inspired by actual dreams that Kurosawa had. The segment appears during a daydream, and the scenery unmistakably resembles van Gogh’s famous artwork.

Jacques-Louis David’s painting Napoleon Crossing the Alps from 1801 served as an inspiration for the 2006 movie Marie Antoinette by Sophia Coppola. During one scene, an image of Napoleon, seated on his horse in a victorious pose, flashes on screen, that directly mirrors the famous painting. Some people might be surprised that such a traditional, antiquated looking painting was used as a reference by a young, modern filmmaker like Coppola, but this, yet again, proves that art doesn’t age, but instead has a lasting legacy in our modern world.

By looking at all these examples, it becomes clear just how much different creative fields are connected, intertwined and inspired by each other, as well as how some visual themes and ideas sustain throughout centuries, but are also reinterpreted by different artists of different times. Art is not a dead creative form. Instead, it continues to inspire creative minds all around the world to do what they are most passionate about – create. 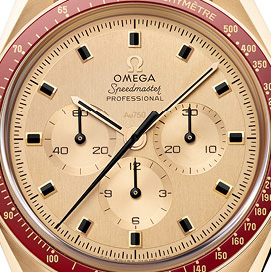 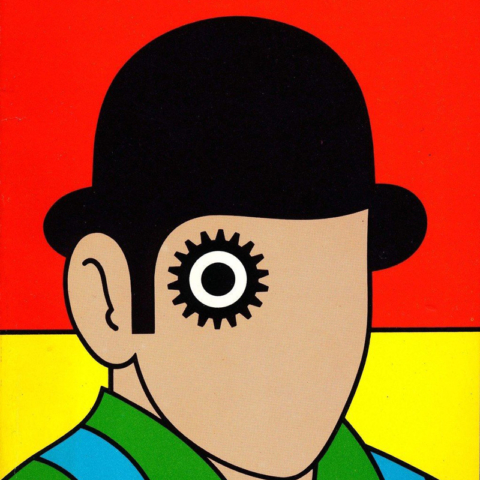