There have always been several occasions in history where fashion and ballet have collided, such as collaborations with Prada, Tisci, Saint Laurent, Alaia and many more. However, The Royal Ballet does not usually search out a designer from the emerging category, but it has now collaborated with the designer Robert Wun. He perfectly fits the choreographer Charlotte Edmonds’ aesthetic and she was blown away by the movement in Robert’s pieces. The show, which he designed the clothes for, is a celebration of Wayne McGregor’s decade as Resident Choreographer at The Royal Ballet. He has created works for Paris Opera Ballet, San Francisco Ballet, Stuttgart Ballet, New York City Ballet, Australian Ballet, English National Ballet, NDT1 and Rambert, among others. Take a look at Robert Wun’s SS17 collection here: The young choreographer Charlotte Edmond has benefitted from the mentorship of Wayne McGregor, provided through The Royal Ballet. The ballet’s celebration of ten years with McGregor as the Company’s Resident Choreographer also highlights his role nurturing the next generation of choreographers through this programme of new work. In 2015, Charlotte Edmonds became the first participant of The Royal Ballet Young Choreographer Programme. She has also choreographed for companies such as York Dance Project, London Children’s Ballet and Dutch National Ballet Junior Company.

Another unique ballet collaboration is the one between the English National Ballet and the skincare brand Omorovicza. They both share a dedication to relentless craft, effortless grace and beauty in motion. Throughout the next year, Omorovicza will provide the English National Ballet dancers with products and treatments and it will also hold a number of Pop Up Spas at the studios of the Ballet. Each treatment will be designed to provide respite for the endless exercise as well as a workout for the facial muscles. Their signature Hungarian facial massage increases muscle tone, improves firmness and stimulates lyphatic damage, to eliminate excess fluid and toxins.

The Wig and Make-up Supervisor of the Ballet, Amelia Carrington-Lee, says “I am so pleased Omorovicza decided to support English National Ballet. It is important that a dancer looks after every inch of their body, from the tips of their toes to the hairs on their head. I am thrilled that through this partnership the dancers will have the opportunity to nurture their skin, while adding an extra glow to their performances”.

If you are interested in some other designers who collaborated with ballets, here are a few more examples: 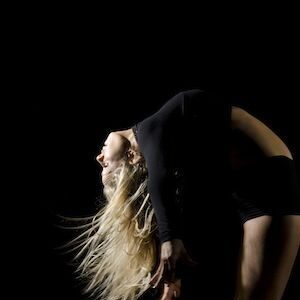 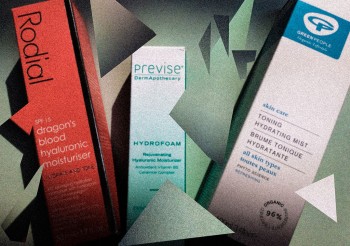