The Pre-collections: The Barebones of Fashion

So with menswear out of the way and a couple of relatively show free months before the spring collections start rolling, let’s take some time and talk about the pre-collections. While the resort/pre-fall collections began as a way for brands to inspire sales during that mid-season lull, in recent years they have evolved into something so much more. And while all the usual themes and motifs revolve around, glamorous coastal escapes, Aarons-esque colours and silhouettes, and dreamy destination dressing. It becomes increasingly clear in the current landscape, that the pre-collections have become more and more successful in captivating the minds and wardrobes of the average luxury consumer. So much so, that brands are starting to take notice. In the fashion world’s sometimes “spectacle for spectacle’s sake” state-of-mind, with brand’s trying to outdo each other with crazier and crazier runway shows. We find ourselves asking if the minimalism and practicality of the pre-collections are slowly becoming fashion’s bread and butter?

It could be suggested that beyond the obvious allure of a wanderlust-inducing wardrobe, the pre-collections present a sort of “capsule” of what a brand is all about, minus all the usual theatrics of  the spring and autumn collections. These days, designers often face increasing pressure to either disrupt paradigms, create viral trends, or come up with mind-bending concepts that get the fash-pack buzzing. Last year, Alessandro Michele sent severed cyborg heads down the runway, while Karl Lagerfeld took Chanel to a literal forest. Heck – Jeremy Scott even sent down a series of candy coloured alien Jackie O’s on the first day of Milan Fashion Week. Take away all the razzmatazz, and what you get is a semblance of what the pre-collections are all about. Exercises of design restraint and a spotlight on each brand’s key USPs. A brand’s personality manifested in the most wearable iterations possible. This season, these iterations arrived in a democratic range of sportswear separates, practical resort-wear, street-wear infused tees, louche suiting, and casual knitwear.

Paco Rabanne presented a small collection of only seventeen looks, taking on the Western trend through glossy leopard print slip dresses, fringed leather, and python cowboy boots. The iconic chain-mail was still very much present, but not imbued with the usual literalness in a Paco Rabanne collection. Instead, it was scaled down for more casual dressing. Speaking of casual-dressing, graphic tees were all the rage this season, from Paco Rabanne, Markus Lupfer, Rochas, Erdem, and even Chanel. Following the success of Gucci’s retro-logo shirt a couple of season’s ago, (a shirt now mimicked by almost every brand on the high-street) it makes sense for brands to follow suit.

On a broader sense, sportswear separates and athleisure have also dominated the pre-collections. Traditional luxury fashion’s response to the rise of streetwear up until recent years has often been  a sort of quiet amazement of the Virgil Abloh’s and Demna Gvasalia’s of the industry. But with brands like Versus Versace, Stella McCartney, and the super romantic Alberta Ferretti, offering pre-collections mainly built on sportswear separates? Then it is a clear indication of a movement definitely worth noting. I guess it could be associated with a change of lifestyle. Women in 2018 are more active, more involved in their physical well-being, and can’t function dynamically in glitzy evening-wear; and it seems that brands have listened and adapted. Over at Alberta Ferretti, a pair of cargo pants walked down the runway followed by a colour blocked nylon poncho. Versace’s millennial design team has taken to mapping the sartorial scenes in London and Berlin with the goal of “designing clothes that we actually wear”.  The usual bold colour ways and graphic prints arrived by way of velour neon jumpsuits. Norma Kamali launched an androgynous collection filled with all of her greatest sportswear hits, while Fiorucci launched a cheeky pre-collection filled with bodacious denim separates, leather trousers, and even boiler suits  all imbued with the Italian brand’s  signature“look at me” attitude.

Suiting was also a strong presence in the pre-collections, paying tribute to the strong coord/suiting then that has dominated retail sales from luxury houses all the way to the high street. Victoria Beckham’s signature sleek tailoring had a softer touch this season, with beautiful feminine tailored suits and dresses that were very relatable, but still gleaming with that VB polish. Even Rochas opened their show with a tailored pant-suit, far removed from the usual hyper-feminine evening wear that Alessandro Dell’Acqua does so well. The pragmatism of the collection however, still had that whimsical touch. Particularly in the form of a multi-functional cape/skirt that added a touch of volume and opulence. Even Alice Temperley set aside the wonderfully intricate painterly dresses she has become known for, for simpler suiting options in a loose-fitting gingham linen.

Setting aside all the trends, the pre-collections are a way for brand’s to re-release their greatest hits in new and innovative ways. Even Riccardo Tisci, who is yet to design his first much-awaited collection with Burberry, curated the pre-spring collection and filled it with all of the hard-hitting Burberry classics, from classic nova-check ponchos and quilted outerwear. It seems that nostalgia has been a  massive trend in recent years, with brands like Versace, Burberry, Chanel, Prada, and Louis Vuitton looking back into the archives for inspiration. Karl Lagerfeld returned to classic Chanel form, brining the show back to Paris, and taking inspiration from the south of France. A return to familiar pastel coloured tweeds, sailor pants, and of course, pearls galore. Chanel was the first designer to create a luxury lifestyle collection, via the introduction of the first “croisiere collection”. So it makes sense that Mr.Lagerfeld makes his return to the south of France – where Coco Chanel herself has made some of her first historic strides into becoming a fashion icon. This  significant return is probably an indication of other fashion houses’ return to what they know, and what they do best. In its purest, rawest form — isn’t this what the pre-collections are all about? 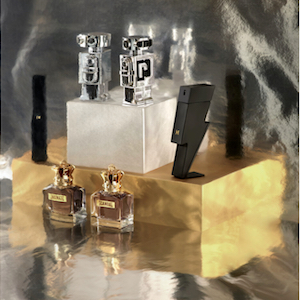