Some art you see, love or hate, whatever it is, you just understand its meaning from that first glance. Other work you need to stop for a minute or two or even more to grasp all its hidden meanings and underlying symbols and ideas. All work of art starts with an idea, which is not always evident to us as audiences, which always adds excitement to uncover what’s underneath the layers. Here is a list in a chronological order of some art that was not as obvious as it appeared to be.

Starting the list with the newest work, this month’s new documentary Tranny Fag. Originally titled Bixa Travesty, which translates to “faggot” or “loser”, Tranny is a documentary about Linn da Quebrada. Da Quebrada is a Portuguese rapper, broadcaster, musician and performance artist. The film is a portrayal of Da Quebrada, the transgender women from São Paulo who embeds her identity and sexuality in every work she creates. The documentary’s aims are clear, to show and inform the audience about the artist’s energetic and honest creations in various spectrums of the arts. However, its Da Quebrada’s work that holds many meanings on and under the surface. Her work reflects herself and her identity which she insists on throughout the documentary, as well as through her creations to both empower other transgenders and herself. Taking the words that people have or still are calling her and using them in her creations, gives them a sense of rebellion and depth turning them and her story into a journey of power. You have not seen the last of Da Quebrada. Rocky mountains with a foggy void in between, a person looking at the illuminated hills all composing such fictional yet marvelously relatable images that you can’t help but want to see more. But what more do these images hide? What is tucked away behind those mountains? The answer is – Rapid Urban Transformation in China. Chinese artist Yang Yongliang 杨泳creates unsettling photographs merging between utopia and dystopia with a resemblance to a real-world depiction. The aim is to explore and show the rapid modern changes that are happening in China, especially in the artist’s hometown, Shanghai. Yongliang also explores the theme of culture through his contemporary artworks to express its loss between the urban changes and the conflict between the new and the traditional, as well as east and west of China. Next in line is Bruce Springsteen’s Born in the USA. Are you wondering why the 1984’s hit song is on here? Well, it is simply because it contains layers of underlying meaning that hundreds of listeners did not notice. Thought of as a patriotic American anthem since its release, Born in the USA was later on revealed to have a whole other purpose: to confront the emptiness of the American dream. While people were chanting it in the most patriotic way, its true meanings and lyrics were lost by its catchy name and tunes. The chorus which goes, “Born in the U.S.A., I was born in the U.S.A.” is meant to point out the emptiness of that slogan while the rest of the song describes the return of Vietnam veterans to their motherland, the USA, and the way they and working-class people are not fairly treated. The whole song is full of mentions of rifles, foreign lands and gas fires. A catchy critic to the USA ways is not the most nationalist anthem you thought it was now, is it?

What other media full of hidden meanings than children’s books? The infamous Dr. Seuss’s Cat in the Hat gave life to plenty of theories of what this approximate-to 30 words book meant. Theodore Seuss Geisel wrote this children’s book in 1957 as a way to make young ones want to actually pick up a book and learn to read while enjoying it. The former political cartoonist was successful, however, he also created an uprise in people reading in-between the lines and words or lack thereof,  as many refused to believe that such few words used in a clever rhythmic way would only be for kids to enjoy a simple read. The small selection of characters which included a sister and her brother, their pet fish, the cat and two identical creatures called “Thing one, and Thing two” sparked conversation. It was then when speculations about its significant underlying meanings came to life, which all might or might not be true. However, Dr. Seuss confirms the following fact that the righteous self-aware fish was inspired by Cotton Mather, the famous Puritan minister during the Salem witch trials. Who disapproved aspects of the trial. One of the famous theories is that the book is actually speaking of the Great Depression and its aftermath. Then another one would be a more sexually hidden Freudian theory in which senior English lecturer at Glasgow University, Dr. Rob Maslen comments: “I think anything could have a sexual meaning – Freud showed us that, so you can’t rule out the possibility that The Cat in the Hat carries these messages.” All make plausible assumptions based on the author’s previous work and the political and social situations of that time.

No need to introduce one of Pablo Picasso’s most famous paintings, Guernica. Known as a deep mural-size piece of art, however not always known for it being “deep” or “meaningful” due to its often confusingly complex structure and symbolism. You see a women screaming holding her lifeless baby, you see an animal in pain, you see bits and pieces of humans, Picasso is expressing his protest against the war.

The painting was following the 1936 civil war that broke in Spain between the fascist forces and the democratic Republican government that was marked by Germany’s Hitler bombing the civilian village of Guernica in the north of Spain in 1937. A method of terror and violence that started with the bombing that left the town to dust for which the attacks continued with explosives and fighter planes killing more defenceless civilians. Guernica came as both a protest and a memorial to the massacre and violence towards humans and animals. We see death, people already dead or dying; we see the frantic terror in the overlapping of figures and faces, no clear distinguish of the borders of people and perspectives, which represents Picasso’s message in his own artistic way. A painting that will hold the test of time as it is still relevant in today’s terrors against humans.

People see and hear what they want, which sometimes makes the work of art even more powerful to entice so many emotions and interpretations. However, sometimes messages are lost in translation, and even so at the end their underlying meaning always find the surface. 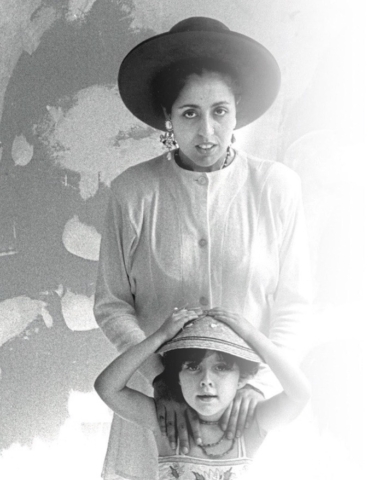