Strength, desire, virility, passion, authority, magic, mystery, devilry, drama. It’s unbelievable to think that we’re describing a single flower. The ever-complex black orchid gives its name to one of Tom Ford’s most iconic scents. Upon the announcement of the perfume’s re-visit and re-release, in Black and Deep Desire we delve into the dark heart of the enigma that inspired this timeless fragrance; because never forget there is nothing more powerful than the raw scent of a flower.

The black orchid itself has received a mixed reception since its initial discovery. While other orchids took the symbolic form of healers, and were used for medicine across various cultures and ages, the black orchid is continually seen as somewhat of a black sheep of its floral family.

In many cases, the black orchid has maintained a connection to superstition, folklore and myth throughout history due to its gothic colour and haunting elusiveness.

For example, the black orchid is a popular flower to be used in witchcraft and has been an ingredient in black magic throughout the ages. Ancient books detail its propensity for death, bad luck and bad omens. Yet, luckily its stone can be used as an antidote for such hexes.

However, there is another side to the black orchid that fosters more favourable allusions. Its mysterious and unique colour serves as a sign of power and authority. In ancient civilizations, black orchid flowers were related to kings and warrior leaders. The Romans were mad for them. With this link to prestige, the black orchid’s meaning then began to lend itself to success and achievement, in warfare or otherwise.

As popularity for these flowers blossomed in the 19th century, its meaning continued to shape in a more favourable manner. The black orchid was revered as a symbol of both strength and sexuality. As black became the fashion industry’s staple colour of elegance and sophistication, the black orchid was tied indefinitely to the material world. From there, the flower was long considered to be a sign of society’s most elite due to the soft, satin-like sheen of its lush petals.

With such a rich and subversive history, existing on the periphery of ‘good’ and ‘bad’, it’s no wonder Tom Ford looked to the black orchid for inspiration when curating his perfume.

“To me, it is the perfect flower… luxurious, elegant, pure and sophisticated,” he says. From the very off, this scent perfectly embodied the flower; it was dark and daring, sensuous and scandalous. Infinitely complex, almost tricky.

When Black Orchid debuted in 2006, it consciously broke away from many of the other fragrances made by fashion designers. While theirs’ were fresh and clean, Black Orchid sent shockwaves for being musky and moody.

Black Orchid does nothing to deny its sex-appeal. In fact, it revels in it. While orchids themselves are famously known as sexual symbols, the colour of this perfume’s very soul heaps drama, mystery, glamour and a hint of devilishness onto a blatantly established sense of eroticism. Its effect is both enticing and ensnaring.

If you’re unfamiliar with the scent itself, it’s deep, dramatic and attention-holding. A unisex fragrance, the composition opens with hints of blackcurrant and bergamot, black truffle and jasmine. Its heart harbours a complex mélange of rich fruit and sharp spice, with accents of soothing lotus wood. At the base hums an indulgent gourmand of creamy chocolate and vanilla, infused with aromatic amber and incense, balanced with fresh vetiver, patchouli and sandalwood.

Look out for the Black Orchid collection’s re-release in early autumn, which is not only said to be the most luxurious expression of the scent to date, but will also feature a new olfactive breakthrough parfum, housed in an opulent golden bottle. It will be the perfect scent to deliver a much-needed injection of passion as the days get shorter and cooler.

To browse the rest of the Tom Ford fragrance range, visit www.tomford.com.

If you enjoyed Black and Deep Desire, may we suggest A Flower That Grows for another wonderfully floral read. 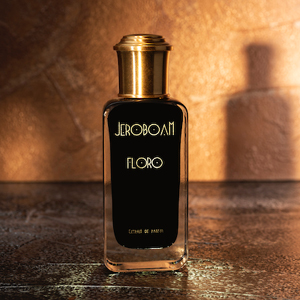 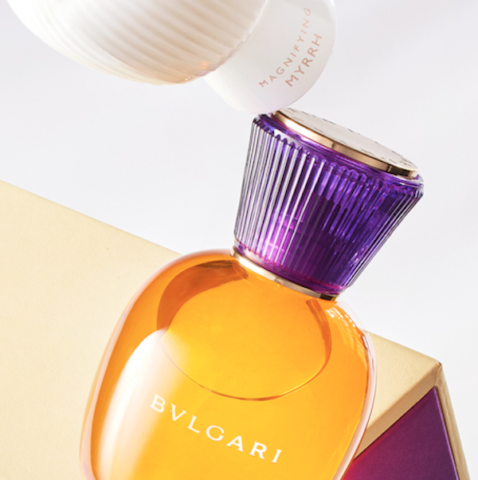