Barrel-aged, rich in flavour and fascinating history? We are here to talk about Bourbon. While the origin of Bourbon isn’t perfectly documented we know that it’s an American whisky that rivals its cross-continent brothers such as Scottish Whisky.

For those of you like myself that enjoy the richer flavours of alcohol can agree that Bourbon is a beautiful drink. So much that there is more than one contender that tried to claim Bourbon as their creation. Its name derived from the French Bourbon dynasty; however, it’s the inspiration that leads to its name that’s still disputed. Was it Bourbon County in Kentucky or Bourbon Street in New Orleans? We might never know. While it can be made anywhere in the United States, it’s more strongly rooted in the South… Kentucky in Particular. But we would love to share what we know about one Bourbon Whisky, in particular, Woodford Reserve.  One of the few products in your shops that aren’t manufactured but rather crafted in small batches. Passion will forever be a key requirement when making anything worthwhile. It’s their artisanal approach that allows them to craft using all five sources of bourbon flavour which is what gives them their distinct taste and crisp, clean finish.

The Woodford Reserve Distillery or formerly known as the Old Oscar Pepper Distillery or somewhere in between as the Labrot & Graham Distillery has its home about 8 miles from the town of Versailles off U.S Route 60. The Distilling began in 1780 and the distillery building itself was created in 1838 making it the oldest of the nine bourbon distilleries in operation in Kentucky since 2010.

The unique barrel-finished Bourbon has the rustic heritage of the landscape embedded in their brand. With their recent evolution in their bottle design Chris Hungerford, Brown-Forman vice president of global design says: “Emulating the iconic shoulders of our classic Woodford Reserve package, the Double Oaked bottle features a new shorter and wider glass structure with a heavy base. An offset wrap around label completes this revolutionary design which distinguishes this expression more easily on the shelf as an ultra-premium offering.”

If we’ve kick started your craving, we can help you quench it. Oriole in Smithfields market is an underground cabinet of curiosities from the team that are behind award-winning cocktail bar NightJar. We recently had the luxury of joining them for their new Woodford Reserve cocktail tasting. Each cocktail created to such perfection they could be a form of art. They do have more than one concoction including Woodford Bourbon but their latest is ‘Pendennis’ was carefully put together that includes Chokeberry infusion, Lucano Aniversario and Prekese Syrup complimenting the Bourbon. Each cocktail celebrates the astonishing variety of ingredients from around the world. They draw on the spirit of a bygone era of exploration and discovery. The menu references drinking habits of the Old World, New World and the Orient. They cater to all sense and bring the exotic to you with live music seven nights a week – including Calypso, Cuban Son, Brazilian Jazz and swing. To complement the cocktails, Argentinian head chef Gustavo Gaillonard has developed a menu of small plates that draw developed a menu of small plates that draw on equally adventurous flavours from around the world, whilst working with local suppliers at Smithfield Market to source the best British produce. Dishes include the refreshingly zesty Tuna Nikkei with Ponzu Sauce, melt in the mouth Sea Bass Miso Amarillo with Chilli, Purple Potato Mash and Green Papaya Salad, and the moreish Black Truffle Croquette with Huancaína Sauce.

So if you can’t decide between the taste of the timeless classic or want to try something a little more exotic, make the trip down to Oriole where you can do both. 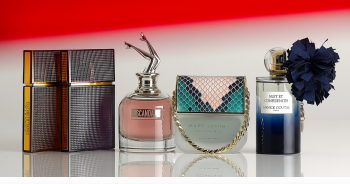 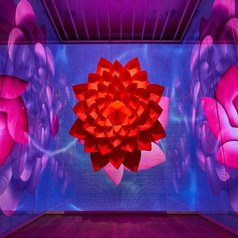