Poetry is the art of rhythmical composition but has the power to bulk together other creative individuals across a diverse range of platforms.  Offering great inspiration it has opened doors to creativity across other art forms, from artists to revolutionary leaders, musicians to even scientists. All of these creatives have fallen under the enchantment of poetry, utilizing it as a valuable resource to channel their own artistry.

Science and Poetry may appear polar opposites but they ultimately share an intimate link. Both search for different forms of fundamental truths through the combination of language and experience.  Mae Jemison, an American Doctor and NASA astronaut is a bold crusader for a fresh vision of learning and educational teaching that combines arts and sciences. Jemison’s foundation, the Dorothy Jemison foundation launched a project called The Earth We Share (TWES), its main goal, to help students build critical thinking and problem solving skills through an experimental curriculum. TEWS expanded to adults at the Zermett Creativity and Leadership Synoposium based in Switzerland.

A less surprising marriage is that of artists and poetry. David Hockney, one of the most influential British artists of the 20th century has works inspired by Walt Whitman and William Blake. He featured a line from a poem on his We Two Boys Together Clinging oil painting.

Revolutionary leaders such as Martin Luther King Jr and Barack Obama have taken hold of the powerful language of poetry to unify communities on a specific movement with their iconic speeches; I have a dream and Yes We Can.  A final integration is musicians with poetry; our legendary Liverpool lads The Beatles produced a short ode, “Golden Slumbers” to Thomas Dekker’s love poem “Golden Slumbers Kiss Your Eyes”.

The future of poetry crossing creative boundaries is bright; a company promoting this concept is FACT with their event Send & Receive: Poetry, Film & Technology in the 21st Century on the 5th February 2015, 10am – 5pm.

Venue: The Box, Foundation for Art and Creative Technology, Liverpool 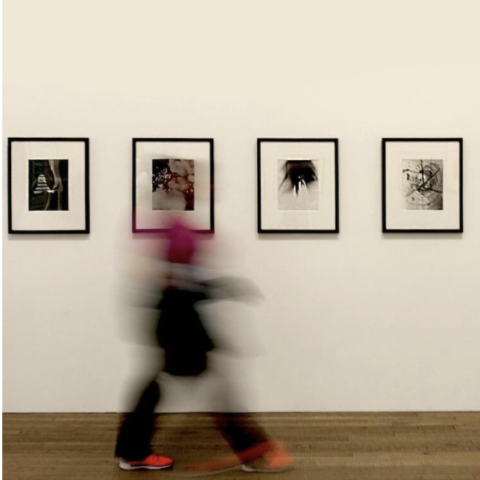