Coming together? that’s a phrase we have not mentioned much but as spring draws ever closer the idea of coming together sits heavily on our minds. But coming together is not just about meeting up with people again it can be a description of creative work from collaborations or of mixed materials. ‘Combined’ draws upon artists that experiment with multimedia, assemblage, and collage; breathing new life into mundane objects, reclaimed instruments, and even trash to become explosive, energising, works of art. Each opening the mind to the exquisiteness of every day and how by bringing items together something new can be created out of something old or overlooked.

One American artist known for collage, screenprints, and reclaiming items was Robert Rauchenberg. He is particularly well known for his body of work called ‘Combines’ (1954-1964); which blurs the lines between painting and sculpture, using everyday objects, embodying Pop-Art and Neo-Dada .

This assemblage produced the sculptures and wall-hanging reliefs known as ‘Glut’. Bastian Gallery, London, has launched the exhibition ‘Metal, Ink and Dye: Late Works from Captiva Island’ running from 13th January to 27th March showcasing a selection of Rauschenberg’s ‘Glut’ (1986-1994) alongside pieces from ‘Short Stories’ and ‘Anagrams’.

The layer upon layer of imagery transcends you into a fantasy of depth, opacity, and nostalgia. Something reminiscent of old photographs, over-exposure, and pools of deep blue plumes, marred and layered text that forms the series ‘Anagrams’ (1997-2002).

John Armleder is a Swiss artist, critic, and curator. His legendary career spans five decades and he has been dubbed as one of the most prominent artists of his generation.

Armleder also takes influence from Dada, abstract expressionism, and his participation in the Fluxus movement, bestowing his audiences with painting, sculpture, installation, and performance.

The Fluxus movement was founded in 1960 by George Maciunas, who describes the movement as promoting ‘living art, anti art’. The movement incorporates a diverse range of art forms and approaches, with artists using what they have to hand, opening-up what the meaning of art is, and incorporating movement.

Though the Fluxus movement, in part, denies painting, it is something Armleder has continued to use and explore among his other mediums.

His exhibitions are known as surprising and unbending works of art in themselves and he is currently exhibiting at Kanal Centre Pompidou until the 25th of April 2021.

It Never Ends’ with Kanal Centre Pompidou is a artist takeover of six former Citroen showrooms featuring Armleder’s personal work and over one-hundred other artists, curated by Armleder.

Ammara Jabbar is an emerging artist, living and working in Pakistan. Her art is made of acquired domestic items which are used to subvert female gender roles as part of a performative sculpture. Her piece ‘Chop me a tune, silly’ uses assemblage of a blender and plunger among other household items to emphasise traditional views of women as facilitators of housework.

Steve Parker is an artist and musician based in Texas. He works with salvaged musical instruments to create interactive sculptures. His sculpture ‘Ghost Box’ is modelled after WWII short wave radio, with salvaged brass instruments, tactical maps, wires, and pins.

When the sculpture is touched, a sequence of sounds plays. There is something truly moving about the inclusiveness of his pieces, in the sense that it doesn’t matter where you are from, or what language you speak, music and sound is a form indiscriminate communication and ancient understanding, the tactile and multisensory element of touch and sound is both encapsulating and all absorbing. You can watch the video on his website Here.

Parker’s recent work includes ‘Self Portrait’ which uses proximity sensors to trigger humanistic noises which you can watch Here. ‘Kyrie, eleison’ is a musical sculpture that encourages the interaction of up to seven people, which you can watch Here. Unlike Parker’s other recent pieces, ‘Tubascope’ encourages the viewer to listen to sounds, rather than create them. To read more about the piece click Here.

Williams Chechet’s solo ‘Hyperflux’ exhibition, which runs until the 14th of March, currently showing at Retro Africa in Nigeria’s capital Abuja, embodies the meaning of being African in a modern context. Vibrant pops of colour are layered with images of pop culture, Nigerian symbols, politics, and tribal leaders.

Chechet draws attention to figures that have negatively and positively shaped Nigerian socio-political history, encouraging the observer to question the impact. His art pays homage to the likes of Andy Warhol, Jean Michel Basquiat, and Roy Lichtenstein, infusing African imagery through the perspective of Western Pop-Art.

Chechet’s Northern Nigerian heritage is heightened through imagery of the Durbar festival and his tribal chief, as he examines inquisitively, themes of self-identity, slavery, gender politics, and Northern Nigerian politics.

Portraying women as heroic and liberating, the embodiment of Mother Africa. He works spontaneously, using digital collage to examine historical imagery, sourcing inspiration from a multitude of music genres, with Biggie Smalls featuring in one of his pieces. The combined clash of historical imagery used within modern technique, and African meets westernised culture, collides beautifully, evoking contemplation and curiosity.

Nicholas Pope is an Australian born, British, sculptor, who works with a wide range of materials such as felted wool, stone, wood, metal, and glass.

His works address everyday existence and spirituality through a humorous lens. He will be exhibiting his series ‘Portraits of a Marriage’ at the Holburne Museum from the 7th of May until the 30th of August 2021.

Nicholas Pope ‘Mr and Mrs Pope in the garden surrounded by the Ten Commandments or are they clouds’ 1991. The Holburne Museum

‘Portraits of a Marriage’ is a series of ten sculptures depicting the artist and his wife through the various stages of their relationship during their forty years of marriage. The sculptures are intriguing, sometimes humorous, and abstract, but most importantly, honest.

The series began with ‘Mr and Mrs Arnolfini’ in 1978 and ended last year with ‘Mr and Mrs Pope Dead and Buried’, which comments on the loss of Janet Pope to terminal cancer. Pope combines the use of metal, wood, glass, and shrunken knitted pieces; beautifully encapsulating his own personal development over the past five decades.

Each sculpture explores a different psychological state and a different stage of Pope’s relationship with Janet. Many of the sculptures have related drawings which will be displayed side by side.

Pope’s sculptures show the distance and closeness that most relationships experience at different stages. An example of a more difficult time is ‘Mr and Mrs Pope Spiked and Holed’ in 1987, which depicts him with gaping eye holes and his head blown off, and Janet as curvaceous but covered in spikes, which must have tested their relationship.

However, Pope professes that he has always loved his wife, which he demonstrates in his ‘Mr and Mrs Pope Melting’ 1991, which shows them with distance, but attached and melted together at the bottom, demonstrating that even through the tough stages of a relationship the love and ties are still there, keeping them together.

Art is freeing, even in the most restricting circumstances. There are no rules, anything can be combined, be it medium or culture. Beauty is all around us, even litter can become captivating. All you must do is open your eyes. If you have enjoyed reading ‘Combined’, you might also enjoy ‘Automated; Ai Weiwei’. 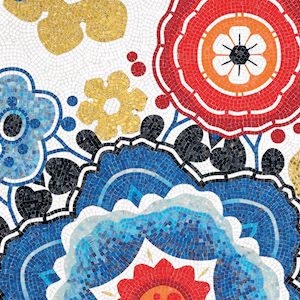 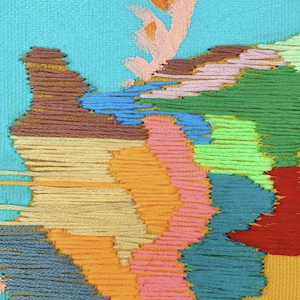 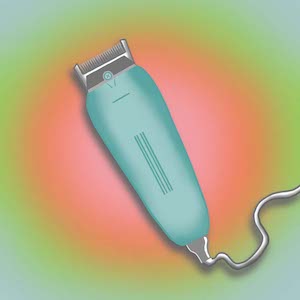