“In the middle of the journey of our life I found myself within a dark woods where the straight way was lost.”

Jealousy, dark secrets, fear and joy are all experiences we can relate to. They are an inescapable part of the human condition and epic poetry is one of the earliest art forms to explore this. This month, both Dante’s ‘Divine Comedy’ written in Italian in the 14th century and Virgil’s ‘The Aeneid’ produced in latin between 29 and 19 BC,  are back on the scene. This time they are being explored through contemporary art exhibitions and illustrated poems. Yet this isn’t the first time contemporary culture has looked to the literary greats for guidance. Cult TV series ‘The Sopranos’ has referenced Dante’s inferno within the Divine Comedy and some view science-fiction series ‘Battlestar Galactica’ as modelled on Virgil’s story. In this case, Dante’s epic poem is brought to life by Henry Hussey at the Transition gallery in London. Opening to the public on the 14th of January. The exhibition named ‘The Dark Wood’, references the beginning of Dante’s journey before he descends into hell (Dante writes himself as the main character) where he meets corrupt politicians, other literary artists and demonic creatures. The exhibition takes Dante’s conundrum at the beginning of his journey in a desolate forest, and uses it as a metaphor for such fears that contemporary Artists may have in their practice. Dante’s exile from Florence in the 14th century, placed him not only in physical isolation but psychological exile as well, this unquestionably informed his prolific text, making his dark wood more than just a physical space but a mental one as well.

The dark wood that Dante wrote of, is perhaps the perfect place for contemporary artistic practice. There are no conventions, you can explore your fears and take risks within your work. It exists on the margins  of the mainstream. The exhibition’s five featured artists, Sara Berman, Laura Davis, Johnny Hoglund, Amelia Barratt and Dean Melbourne all in some form reflect this. Sara Berman, whom worked originally as a designer, produces paintings, which tap into a certain apprehension surrounding the human body. There is something uncanny about them and they feel strangely familiar. Johnny Hoglund’s struggle with illness is reflected through his paintings of human figures confined in factory like suits while Amelia Barratt fills the space, with sketches that evoke her psychological fears and inner conflicts. The exhibition re-interprets Dante’s experience, and the works combine to make a space that both suggests claustrophobia that also spurs on artistic innovation. To find more details on getting to the exhibition go here.

Another epic journey into hell comes to our attention this month. On the 24th of January, an illustrated version of The Aeneid Book VI, is to be released. Featuring a collaboration between the great Seamus Heaney, (the project started in 2013, however after his passing away, Seamus Heaney’s family carried on the collaboration) and the Mexico based architect Jan Hendrix. The event will take place at the Shapero modern, in which Hendrix’s illustrations from the book will be shown to the public. Heaney, having previously translated Beowulf (that is now widely read and enjoyed) chose Virgil’s Aeneid, book six to translate and we are grateful that he did. More classic literature has become both re-worked and accessible. The book features Aeneas’s descent into the underworld and his meeting with the spirit of his father. Hendrix illuminates the text with deeply atmospheric illustrations. This collaboration much like ‘The Dark Wood’ exhibition, re-vamps epic poetry and whether or not you have read Dante or Virgil, a modern day trip into the underworld whether it be through visual art or poetry,  is not one to miss. To find out more about Seamus Heaney and Jan Hendrix’s collaboration go here. 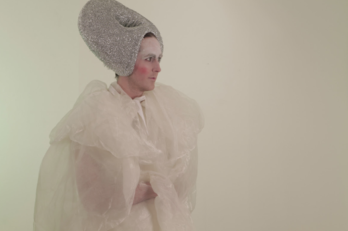