Face decoration is not a new phenomenon, it is something that exists in almost every culture, both ancient and modern. Throughout history the use of cosmetics were an indication of status as only the upper class could afford these luxuries. Other ancient civilisations and even present cultures have used and continue to use cosmetics and facial decoration in religious rituals.

Makeup and facial jewellery were an important element in the upper class of ancient Egypt, women used cosmetics for definition; combining burnt almonds, oxidized copper, lead and ash to draw attention to the almond shape of the eyes and even contour their face. They even brought make up boxes to parties to reapply their makeup throughout the night. The placement of the bindi between the eyebrows represents the sixth chakra; the seat of concealed wisdom, every facial decoration and custom serves a spiritual purpose within Hindi religion. During the reign of Queen Elizabeth I women powered their faces to portray a view of pure beauty which was distinguished by light hair, pale complexion and red lips and cheeks. Once again this distinguished the monarchy and aristocrats from the lower class women who were tanned as a result of working outside. Although we don’t use cosmetics and facial decoration to signify status, we do use it to enhance our features and even reduce features that we don’t like. We even go though evasive procedures to create an illusion of natural beauty by tattooing eyebrows, lip liner and eyeliner as well as filling our lips and cheek bones.

I too, have used semi-permanent methods to enhance my features whilst trying to remain as natural looking as possible, usually this is just an eyebrow or lash tint. My friends often get lash extensions before a holiday to avoid the dreaded mascara streaks after diving into the see or hitting up the dance floor on a tropical island.

Personally, I was never fond of them because she complained about the discomfort during the application process and the weight of the lashes there after. However, as someone who doesn’t like to wear too much make up I was drawn to the idea to be able to have a fuller set of lashes without having to cake on mascara.

Lash Lab specialise in natural looking false lashes and give expert and honest advice on what lash style will suit you whilst taking into account the look you are aiming to achieve. Russian Volume Lashes are the newest technique in false lashes allowing multiple lashes to be placed on your real ones without weighing them down resulting in a fuller look.

I have often heard that the application process is quite uncomfortable but this wasn’t the experience I had, instead I was so relaxed that I fell asleep and woke up with an amazingly full set of eye lashes. I have been expecting them to fall off quite quickly leaving me with only one random long lash per eye but its been three weeks and they’ve stuck together.

Or if you wanted to adorn your eyes with something a little more temporary, then Face Lace provides stick-on eyebrow, around the eye and face decoration. Phyllis Cohen began as a fashion illustrator in California where her unique makeup style saw her become a highly sought after make up artist for the likes of David Bowie, Janet Jackson and Annie Lennox to name a few. She launched Face Lace in 2012 as there was a demand for smudge-proof, symmetrical facial art within the entertainment industry. Cohen uses her vast and lengthy experience as a make-up artist for inspiration with each face lace range that depecits different historic, artist and creative periods.

People claim that we are inundated by unrealistic expectations of beauty and although social media has heightened this sentiment, achieving this standard of beauty is not a new phenomenon. Ancient civilizations pioneered dramatic makeup techniques that exist today, from Cleopatra’s famous kohl eyeliner to facial decoration that is inspired by the Hindu religion, we still use these techniques with a modern spin and technological advancements to enhance our features and to distinguish ourselves from one another. 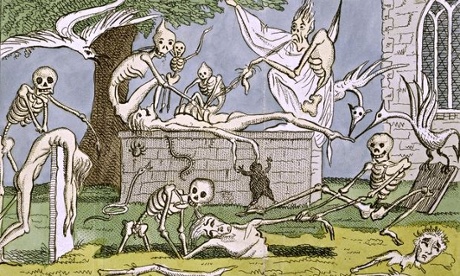 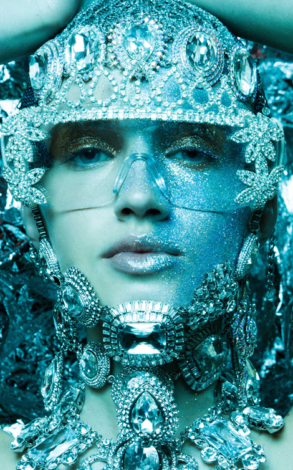