Davide Groppi, originally from Italy, created his first workshop in 1988 in the centre of Piacenza which consisted of designing and producing lights under his own name. His lightness, emotion and invention are the basic components of his simplistic powerful designs.

Inspiration for his work originated from the ideology light represents. Light simply aids us to see, so without light we are unaware and in the dark. Therefore, Groppi’s work was thought of as light, enlightening us, and providing a sense of truth, through chasing beauty.

Following this, in 1995, he was able to drive his business internationally by beginning a vital collaboration with Boffi (kitchens and bathrooms) which is still ongoing. 1998 saw him opening his first ever showroom in Milan, Italy, spreading to Copenhagen and Barcelona in the next few years.

In 2012 he opened ‘Spazio Esperienze’ store in Piacenza. ‘Spazio Esperienze’ is located in the heart of his factory, in order to catch the essence of Davide Groppi’s team work and the idea that the light doesn’t appear magically, but is the result of intelligence, fantasy, work, organization, passion, heart and brain. The ‘Spazio Esperienze’ is planned to allow all visitors to have an unforgettable experience, giving a feeling of belonging and a wish to return.

Presently, Davide Groppi lights are in the best furniture and lighting shops, distributed all over the world. He has additionally been praised and celebrated for his talents with the EDIDA 2011 prize (Elle Decor International Design Award) as best lamp in the world and the Compasso door ADI 2014.

Keeping in with the current theme of London Design Week and this feature in our magazine, Davide Groppi has selected his favourite designs for the occasion, both created by him, collaborations and others. Nulla is an extreme exercise on subtraction.

The light is investigated and presented in its pure physical aspect. The research into a “light without a source” drove me to consider the realization of a project which is invisible, magic and illusive. A very simple idea: a hole in the ceiling.

A 18 mm hole only, a special optical system and the led technology make a wonderful light on the surface. A deep and sensual light. A portable lamp which turns any table into a meeting place of love and to finally consider light as an essential ingredient of life. Sampei represents the idea of a sign in the space, the idea of laying the light on the floor and on the table. A blade of grass swinging and flexing, even if someone looks at it. A blow is enough to have Sampei drawing a virtual and untouchable image.

At the end, Sampei is a fishing rod. Simple and efficient at the same time. The main lighting source, tiny and adjustable, creates a poetic lack of proportion. Sampei is also available for outdoor. Neuro is a simple project, almost a revival of the old electrical wiring. A plug, a cable, some isolators, a socket and a led. The idea is to bring light wherever you like, starting from a wall socket. Edison’s Nightmare is a salute to Edison’s light bulb. It is a salute to a dream that has forever changed the way we live now, subtracting sleep hours to devote to reading and writing.

It’s all about a classic light bulb nailed to the wall. Like a piece of art. “The light that illuminates a dish is the most beautiful light to me. The light that makes us feel as a unique guest in a restaurant and makes us live a real multi-sensory experience. And, above all, the light which turns the table into a place where to meet and to love”. “One of my favorite lights. Designed by Omar Carraglia in 2006, its line is so slim and essential… Its light on the table is marvelous. The best light in the world”.

All information provided by Stefania Evans. 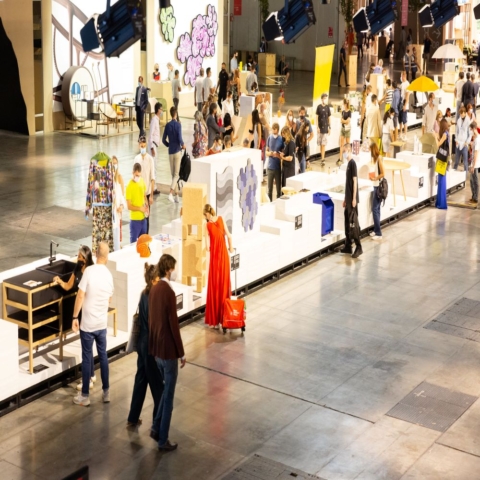 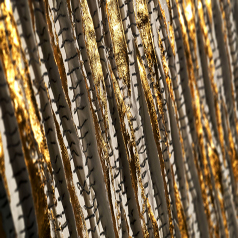