Valentine’s day is here. Which means the commercialisation of love by red foiled hearts or spa day couple packages, will be at its most potent. However, regardless of all the ways to complain about Valentine’s day, the true essence of it is something to celebrate. Love. Love, and the way it permeates just about everything, if you allow it to.

It’s the reason your hands got so clammy, makes you remember the way someone moved and mundane things like the washing powder they used. Love, breeds jealousy, joy, kindness, longing and hate. Yet, love isn’t restricted to the kind between two people, it goes further than that. In the words of American Writer, Chuck Klosterman ‘Art and Love are the same thing: It’s the process of seeing yourself in things that are not you’. Love has been a muse for Artists literally for centuries. To dissect it objectively, is perhaps done best through art rather than through feeling it yourself (as people in love have often been known to act irrationally and out of character). So on this note, lets take a look at a few beautiful enquiries into this wonderful and disorientating force:

THE WORK OF MASHA TUPITSYN

Artist and cultural critic Masha Tupitsyn has done a magnificent job of dissecting love and investigating it’s multiple forms. Perhaps most notable is her twenty-four hour long, ‘Love Sounds’ released in 2015, a meticulous cinematic enquiry into love and representations of it through out cinema. She’s divided the piece into eight sections, there are no images to the film, it is simply composed of audio clips taken from cinema. Whether it be an enquiry into Sexual politics, Break-ups, Trust/Betrayal, Desire/Sex, or Death, she goes into investigating love and all that surrounds it with forensic, scientific detail. Other works from Tupitsyn include the books, ‘Beauty Talk and Monsters’, ‘Love Dog’ and ‘Laconia: 1,200 Tweets on Film’.

If you’re interested in a Love that harbours political or social connotations, definitely read and enjoy the work of Masha Tupitsyn. Whom will certainly deepen your understanding of Valentines day more than the Sainsbury’s card’s can. Her Tumblr account, Love Dog, is an accessible and informative stream of musings and questions into love and gender politics. It is definitely one of the  most intriguing parts of the internet. Perhaps most importantly for February the 14th, in Tupitsyn’s words, ‘Nursing a broken-heart. (is) About Everyone’. Valentines day doesn’t have to be about a pair of lovers, but the immense commonalities between all of us, broken-hearted, maternal love, or the platonic and the connection that comes from it. Israeli director Alma Har’el, having won Tribeca’s Best Documentary Feature Award in 2011, looks at three real life relationships in her 2016 documentary ‘LoveTrue’. Once again similar to Masha Tupitsyn, Har’el does not confine love to the romantic form but examines love with no hierarchy in mind, there is both familial and platonic present. In her attempt to unearth what it is to really wholly love someone, she includes personal accounts of past and present loves being lived.

All three narratives are set in America and each illustrate the challenges in loving, the fantasy of true love, and performance to portray non-fictional relationships. However, regardless of whether it’s Valentines day or not, Har’els dream like surreal cinematography, makes for gorgeous viewing. The Film is now showing in UK cinemas, just in time for Valentines day,  make sure not to miss it. What’s an article about love without reference to the truly dramatic, soul twisting kind. Ian McEwan’s Atonement and his character’s doomed love story, falls into this category. This year Folio Books are releasing an illustrated version of the text, with Tina Berning’s creations adorning the pages. A Berlin based illustrator, she has been featured in IllustrationNow! and American Illustration.

The plot of this novel stems from a singular event, that takes place on a claustrophobic, hazy summer day in 1935, what unfolds is both tragic and consuming. Now folio books are giving us the text bound in cloth and with Modigliani paper sides. Atonement works with Shakespearian like tragedy but in a 20th century context, this is love at its most devastating. 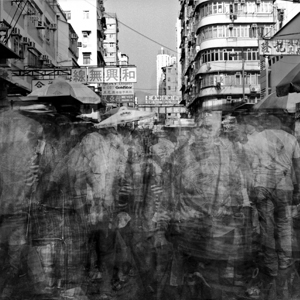