What is London? To some, it’s expressive, bold, and global. To others, endlessly cool, a tad rebellious, and always chic. It’s a city where creation and expression are welcomed, evidenced by thriving underground scenes in music, fashion, art, and even perfume. Yes, perfume.

Introducing two new London perfumers – inspired by and cultivated in the Capitol. Each is representative of London in some way, and equally determined to challenge the status quo of European perfume.

One of the newest names currently on the market is é2, from Prévu. Named after the postal code prefix of its home in London’s East End, é2 is designed for and inspired by the underdog: the trespasser, once seen as an outsider, now bound to crash the scene.

Stu Cowan is the man behind é2. Of the perfume, he says “ I wanted a perfume brand unique to London – we have the best designers here in the city, so why not design the perfect his and her perfume?”

é2 is sophisticated and fresh, accentuated by top notes of bergamot, grapefruit, and lemon that give a sense of East London’s vibrancy. The perfume then descends into a heart of rosemary and thyme, carried across the finish line by delectable patchouli and moss. It’s a carefully crafted scent, refined, yet warm.

Not far from é2, perfumers Gallivant have been making statements of their own. Inspired by travel, each of Gallivant’s perfumes is based on a destination: its sights, sounds, scenery, and most of all, scents. Founded in 2017, Gallivant’s London scent took was a finalist at the 2018 Art and Olfaction Awards, while their Tokyo scent was selected as Best Newcomer, Fragrance, at the Women’s Health Beauty Awards 2019.

Gallivant’s products are vegan and cruelty-free, ensuring that you can rest easy, knowing that the perfume you are wearing was made as greenly and ethically as possible.

Perhaps inspired by the infinitely bustling nature of London, both perfumers have released perfumes with a roll-on application, intended to be your companion wherever the day may take you.

When we think of the great perfumers, we so often think of Italy, France, and Spain and stop there. The early success of Gallivant and e2 demonstrates that you don’t have to be a part of the “old guard” to make serious waves.

See more from Gallivant and e2 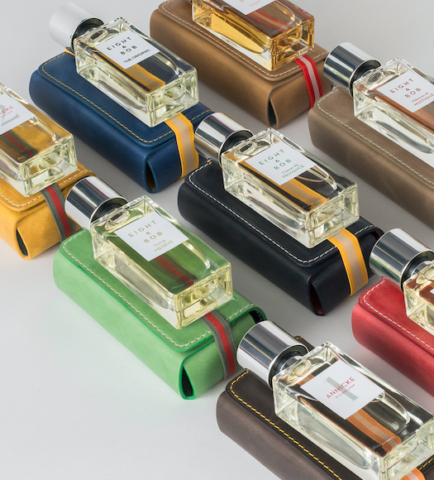