Leveraging language has been, for many writers, a rewarding and by turns onerous ambition. The difficulty of having words catch thought and feeling, mood and atmosphere, has bothered some – eminent and amateur – to the extent that seemingly endless sheets of paper have been crumpled to the sound of whispered profanity. In other cases, work has been abandoned completely. For the literary modernists of the late nineteenth and early twentieth century, however, it turned their attention to a radically different narrative device: stream of consciousness.

Coined by American psychologist and philosopher William James in his seminal work of 1918, The Principles of Psychology, stream of consciousness is understood in its literary context as a device used to convey characters’ thought processes, to express on paper or screen how they are in mind. More often than not, the end product is something fluid yet convoluted, lacking some – if not all – punctuation, forcing the reader to rely on the tenuous links between thoughts.

Connoisseurs of this new form of writing, the literary modernists developed their reputation, both as purveyors of the new and as master novelists closely attuned to our interior and exterior worlds. Witness James Joyce, revered literary heavyweight who has long evoked simultaneous feelings of frustration and marvel in countless readers with his 1922 work, Ulysses, widely considered to be the most difficult book of the Western literary canon. Or Virginia Woolf, lauded for her introspective novels Mrs Dalloway and To the Lighthouse. By transforming the way in which we communicate human experience, foregrounding thought and observation while seeing plot and characterisation as secondary in importance, such writers as Joyce and Woolf brought into their respective centuries the most modern of skills, the art of fluidity. A fitting metaphor for the confluence of disparate thoughts, the stream, with its promise of movement and praise of the transient, has been a point of departure for scholars looking to analyse this device. Robert Pen Warren, for example, argued that stream of consciousness was a way of letting characters express their flow of being. In so doing, they unfurled before us in their own language and time. Shiv Kumar would have agreed, seeing this ‘new mode of portraying character as a ceaseless stream of becoming’.

Today, those looking to chart their course through fiction and nonfiction often find solace in the offshoot of stream of consciousness, more commonly referred to as ‘freewriting’. Developed in 1973 by Peter Elbow, this practice of writing continuously – all the while ignoring grammar, style, spelling and so on, so as to tap into one’s subconscious and overcome blocks typically caused by indifference or self-criticism – has its resonances in the words of Woolf: “Let us record the atoms as they fall upon the mind in the order in which they fall”. The mechanics of such strategies are, it would seem, the same: Write. Resist constriction. Tie yourself, not to your style or past productions, but to your mind as words envelop the page. 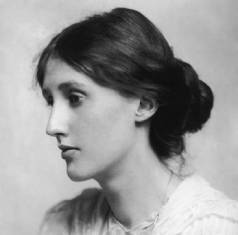