Immersive is certainly the de rigueur buzzword; put that alongside the word  hybrid and throw in a bit of Hollywood sparkle via the divine Milla Jovovich you end up with the very surprising and very dramatic launch of the Toyota C-HR. Add in the not so glamorous South East London as a location and you begin to get a picture.  In fact this dynamic experience managed to cross seven cities whilst not physically leaving the London location: London’s newest entertainment venue The Printworks  (a large disused newspaper printing plant) big enough to literally drive cars not just inside but all around the building. Guests were thrust into a live multi-sensory performance and went on to interact with a variety of different characters as they made their way through the myriad of city scenes.

Toyota invited 100 guest from around the world and sent them on a secret car journey ending up at the London Printworks Location. Once there they were guided on what felt like a secret mission. They were taken by foot and also driven in the new C-HR around different ‘locations’ within the space. The seven different spaces represented seven cities so guests could experience the ideas of driving a hybrid SUV style car that has been built specifically for city driving. Each of the seven scenes brought with it unexpected twists and exciting scenarios, all inspired to highlight features of the car; dynamic driving, stylish diamond design, sophisticated interiors and JBL concert hall sound system. The event titled ‘The Night That Flows’, presented the story of one fictional night as it unfolded simultaneously across five European cities: Berlin, Milan, Paris, Barcelona and London. Those that know the brand well know they have been at the forefront of hybrid cars yet Toyota continues to investment in this technology, with the new Toyota C-HR being aimed at buyers seeking the high-driving SUV experience, alongside the city car encounter. It shares many mechanical components with the Toyota Prius yet is built to be agile by small SUV standards, handling well through the twists and turns expected in any city. The event encouraged guests to find their ‘perfect flow’ and took inspiration from the ‘flowing’ design of the new car with its build and design to give a sense of always moving, even when at a standstill.

The multi faceted event was given a layer of a narrative delivered by none other than queen of the future Milla Jovovich. Her eerie voice-over began ‘in’ Berlin; lights flashed and swarmed reminiscent of Berlin International Festival of Light. The guests were seated in the C-HR whilst  innovative projected footage captured at the Festival flooded the surroundings. An optical festival giving the feeling of driving around the cityscape.

Then on to ‘Milan’ for a paparazzi moment, led by Fabio Attanasio, (Italian fashion designer and founder of ‘The Bespoke Dudes’) with Italian model Giorgia Palmas, into the backstage preparations of a fashion show. The car was the model on show, sitting within a mirrored space giving  a full 360 degrees viewpoint so that every angle of the car’s dynamic design and elegantly integrated detail was exposed.

Next came the Parisian casino, where the guests were encouraged by French croupier Etienne Pradier into a game of chance by betting at the roulette table, when out of nowhere arrived French rally driver Guerlain Chicherit, who drove the guests at breakneck speed around a giant projected roulette table; akin to a chase scene in a spy movie!

Then on to the Spanish city of Barcelona, where DJ Cuartero played tunes out of the C-HR’s JBL sound system to a crowd of clubbers.

Of course as the event was in London, London was the final destination where the guests were greeted by mixologist duo, Alex Kratena and Simone Caporale in a red and gold ‘private members club’. Low and behold a new guest walked in, and it was none other than Milla Jovovich herself. The C-HR is available with 1.8-litre hybrid petrol system  or 1.2-litre turbo petrol engine.  Built as a five- seater, four-door car, it has the lowest centre of gravity in its class for balanced handling.  Ideally created  for driving through urban centres as well as out on the open road. Its low, coupe-like roof line makes it stand out from the crossover competitors.  It has a  tapered cabin,  has CO2 emissions below 90g/km whilst being covered by Toyota’s five-year/100,000-mile new vehicle warranty.  Priced from £20,995 on the road it is available now. 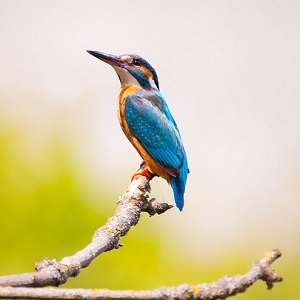