The Frieze art fair presents ambitious works  from some of today’s most significant contemporary artists and brings together more than 160 of the world’s leading galleries. It will take place this year from the 6th to the 9th of October 2016 at the London’s Regent’s Park. Now in its 14th year it displays purely contemporary art which attracts collectors as well as the general public.  It features galleries, live performances, new emerging talents, sculpture parks, talks, music and much more. The director of Frieze, Victoria Siddall, says that “Frieze has become known for its strong curated sections”, as well as praising the “great range and diversity of work shown throughout the fair”. The Frieze art fair is like the climax of communication and social interactions with incredible transforming potential, according to one of its curators, Raphael Gygax. He also says that the projects shown at Frieze this year “feature artistic collaborations with a strong performative aspect – moments of human and artistic empowerment”. The fair unites artists from all different generations and regions to share and spread their visions and ideas.

Frieze was founded by Matthew Slotover and Amanda Sharp in 1991 with the launch of the “frieze magazine”, which is now the leading international magazine for contemporary art and culture. The brand has grown since then and today it consists of four different magazines and three international art fairs, (the fairs were established in 2003)  which and now take place every year.

This year, a new gallery section called “The Nineties” will make its debut, recreating exhibitions from that decade. Additionally, the art fair will have two official museum acquisition funds this year, including the Frieze Tate Fund and the Collection Fund at Frieze. An outstanding installation at this year’s Frieze is the sculpture park, an outdoor exhibition which can be visited for free from now on until he 8th of January 2017. The sculpture park includes 20 works by 20th Century artists and it is one of the few galleries in Frieze that extend their artworks outside the fair and even beyond Frieze week.  According to the Contemporary Projects Manager, Robert Dingle, the sculpture park is “without a doubt one of the key highlights of Frieze week”, saying that having a free sculpture exhibition right in the heart of London is fantastic and that the long opening gives everyone the chance to visit. Another great project at the art fair is the Frieze Film 2016, which is a part of Frieze London since 2007. It presents a diverse selection of short films by the most forward-looking artists of today. This year, the participating artists are inspired by the art-historical tradition of video performance and therefore, they use their own bodies on screen.  All of the films will be screened in the Frieze London Auditorium during the fair and will later be a part of Channel 4’s Random Acts strand. The 2016 artists include Samson Kambalu, Rachel Maclean, Shana Moulton and Ming Wong and the whole schedule is available here.

For more about the Frieze London 2016, check out their website here.  It runs from 6th to the 9th of October 2016 at the London’s Regent’s Park 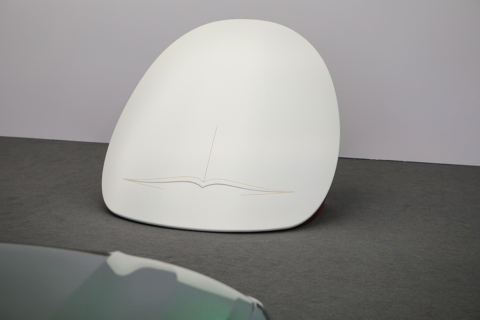