Dark, dramatic and mesmerising are just a few words used to describe the sculptures of Louise Nevelson. Never heard of Nevelson? well this is your chance to get acquainted with the legend that pioneered in creating environmental sculptures and abstract expressionist art by captivating the public’s attention with her raw and beautiful art that brought back a sense of mystery to sculptures.

The opening of Louise Nevelson. Assemblages and Collages 1960 – 1980 (19th February – 7th April) at the Cortesi Gallery in Lugano gives the public a chance to get acquainted with her works, the exhibition will allow the public to see 29 pieces of her works, including examples of collections of her sculptures and her collages that help give an insight as to the kind of artist she was and the techniques she used to create her art works. Louise Nevelson was born Leah Berliawsky in Ukraine. In 1905, her family immigrated to Rockland, Maine, during her high school years, she took a job as a stenographer and it was through her job that she met her soon to be husband Charles Nevelson. In 1920 she changed her name to Louise and married Charles, the couple later moved to New York.

Louise gave birth to her only child, Myron (Mike) in 1922, who later became a sculptor. After several years of marriage, she took her son to live with her parents in Maine and separated from her husband. In 1929-30 she studied at the Art Students League in New York and later travelled to Germany to study Cubism with Hans Hoffman, until the fear of Nazi persecution caused Hoffman to leave Germany which resulted in Louise returning to New York to complete her studies. By early 1930s Nevelson was a struggling artist and her only way of survival was due to her selling some of her art work and assisting Diego Rivera for some time. Nevelson first gained attention for her sculptures in the early 1940s but most of her work were written off. Her breakthrough came when Dorothy Miller included her in one of the anthologies of new American art that she organised at the Museum of Modern Art. Eventually big museums and collectors started recognising her talents, she became the president of the New York chapter of Artists Equity from 1957 to 1959. It wasn’t until her late 60s that Nevelson could expect a steady income from her art work, she developed large installations throughout the 70s and 80s in the states and internationally; in the late 70s, the Louise Nevelson Plaza in lower Manhattan was named after the sculptress making her the first woman in the United States to become famous for her public art. She experimented with different materials such as wood and other debris she found in the streets of New York and painted them with black monochrome paint and assembled her pieces in groups. Nevelson’s sculptures were significant in paving the way for the feminist movement by redefining femininity in sculptures. Her artwork illustrated her bold and strong character whilst evoking a sense of freedom. She had completed a 35-foot sculpture installed at the National Institutes of Health in Bethesda, Maryland, before she died on April 17th 1988, in New York City. Born in Prague in 1973, Kintera lives and works in his native hometown. He attended the Academy of Fine Arts of Prague during the years 1992-1999 and the Rijksakademie van Beeldende Kunsten in Amsterdam 2003-2004. In his upcoming exhibition, titled Postnaturalia (19th march- 30th July), at Collezione Maramotti in Italy, there will be a creation of a synthetic nature using technological materials, its the artist’s playful way of challenging the idea of beauty and addresses the problems of human growth.

The exhibition is accompanied by a book, closely linked to the project, composed of two sections: Herbarium and Cuprum Factum. the first half combines a dialogue with the creations of synthetic beauty with plant illustrations. The second half collects texts and images that describe the creative process of the works created. 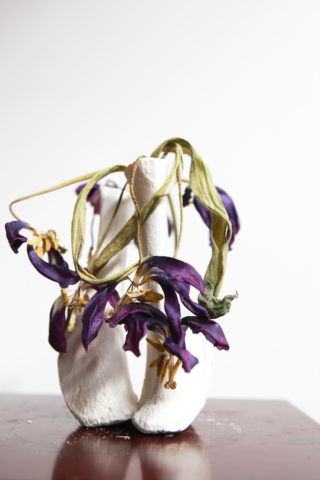 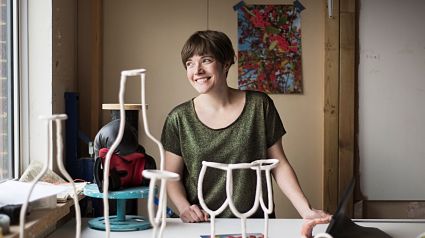