Sparkling in the setting sun, the art crafted through meticulously placing hundreds of pieces of glass, stone and ceramic to curate a beautiful and captivating mosaic has more history than could ever be imagined. Read more in Glittering Pieces.

Mosaics have a long history, beginning in Mesopotamia (modern-day Iraq, Kuwait, Turkey and Syria) in the 3rd millennium BC as a way of repairing floors and walls, it began to flourish into a form of decoration. As the artistry that could be possible with the glittering pieces of material was realised, the function became much more aesthetic than functional.

Calling mosaics a form of painting for eternity due to it being one of few arts of antiquity to survive in its original form, the book Greek and Roman Mosaics by Umberto Pappalardo and Rosaria Ciordiello explore mosaics from the classical world. Featuring more than two hundred photographs showcasing Greek and Roman mosaics that have been preserved, the high artistic standard is showcased in full colour to capture the beauty of the craft.

Taking inspiration from the craft, visual artist Kate Jessup uses mosaic processes and materials to create commissions, fine art and installations. Her 2017 piece Glass Triangle Shower featured an architectural mosaic of triangles made of iridescent stained glass. By arranging the triangles in a variety of sizes and positions the piece becomes an intricate puzzle with bursts of colour to capture the eye. The iridescence of the stained glass makes the pieces glint and appear as though they are made from crystals that have been carefully arranged together.

Alongside the Glass Triangle Shower, Kate designed a Mosaic Master Bath that featured layered pieces of porcelain glass to create a flowing mosaic. The mosaic is mostly in white, but by using colours of red, orange and yellow, Kate has made the dynamic piece all the more eye-catching and bold.

Mosaic artist Giulio Menossi pushes the boundaries even further by crafting beautiful three-dimensional works of glittering pieces that have opened the door even further for the possibilities of mosaics. Often starting by creating a structure that gives movement to what Giulio wants to create, allowing his hands to seek out the correct pieces that are used in the deliberate construction.

Mixed media artist Nathalie Vin takes inspiration from mosaics but views each individual piece as singular and unique. Working hard to put a multitude of pieces together to make a collective whole, her artwork always tells a story.

Her commissioned piece Waterline depicts lines of water following its natural course using pieces of iridised glass tiles and mirrors. A part of a set, the piece is highly dynamic and flows down the wall it is displayed on capturing the natural movement of water through the glint of the glass and mirror reflecting in the light.

Leading product and interior design studio, Marcel Wonders Studio, has also taken inspiration from the beautiful craft of mosaic. By collaborating with Bisazza, a leading producer of glass mosaic for interior and exterior decoration, the two have come together in collaboration to craft the expression of a unique design by bringing a contemporary flair to the classic.

Through creating beautiful mosaic tile installations that utilise different styles to create a distinct quality and beauty that captivates the viewer. Designed to capture the viewer’s attention through the use of colourful shapes and patterns that hold a range of shades and depth, the mosaics are luxuriously bespoke and dynamic.

As a surface texture, there is a little bit of an iridescent nature to mosaic but some have taken this even further by utilising metallic glass as well. This art as old as the sand that its raw material is crafted from is as relevant today as it once was thousands of years ago.

Browse the Mosaic collaboration by Marcel Wanders and Bisazza here. 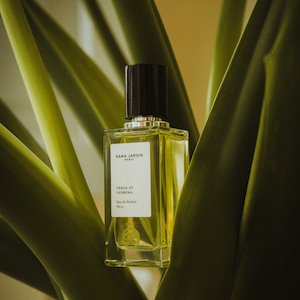