A murder mystery dinner party? Or maybe a club night dedicated to your favourite singer? That not your thing? Well then, just a movie night devoted to a specific film series? After all a good theme can make a gathering that much more enjoyable.  It allows us to dive head first into the immersion of a different reality.  You can time travel back decades or take on a new persona; the possibilities are endless.  Theme parks like Dolly Parton’s Dollyland in Tennessee and Banksy’s Dismaland on the western coast of England are a few examples of themed places where someone can go and step foot into a different reality. However, themed restaurants and hotels allow you to truly live and experience a different time, a different place, a different person. Read more about the magic of taking a theme full on in Head First.

One of the many names New York City may be called is a “concrete jungle” but inside the TWA Hotel at John F. Kennedy International Airport, guests are transported back in time about 60 years to the colourful and playful mid-century modern design and lifestyle of 1960s America.  Designed by architect Eero Saarien in 1962, the building was originally an airport terminal for Trans World Airlines (TWA), a major American airline, called the “Trans World Flight Center” until 2001.  In 2017 the building was then redesigned and repurposed to be the TWA Hotel.

Mid-century modern interior design, an airplane turned cocktail lounge, and now a roller rink, the TWA Hotel offers and immersive experience into the whimsy world of the 1960s.  The Roll-a-Rama at the Runway Rink allows hotel guests and members of the public to borrow a pair of classic 4-wheeled “quad skates” and take a loop around a blue and white tiled rink while listening to retro tunes.  Not into roller skating? Nearby is the “Connie” cocktail lounge which is a 1958 Lockhead Constellation airplane refurbished into a bar and lounge complete with a cockpit that still has a feed to air traffic control.

Further into the center of New York City and 10 years back in time, located in the heart of the theater district of Manhattan is Ellen’s Stardust Diner.  Are you a musical theater fanatic? The Stardust Diner transports its customers right out of the center of modern Manhattan and into a small town, singing restaurant during the 1950s. A themed restaurant complete with a chorus of waiters speeding by on roller skates, diners enjoy a delicious meal and a performance by some of Broadway’s best rising stars. The Stardust Diner fully leans into its 50s musical theme to give patrons an amazing experience.

Take a leap across the pond to London, England, and enjoy a dining experience that mimics the final hours of the RMS Titanic. The Queen of the Ocean Live at the Savoy offers a five course meal and a theater performance with an original score playing throughout the whole event. You enter not only the world of the early 20th century, but you walk in the shoes of those on the Titanic that day in April 1912.

Other fine dining places are less about the event going on during them, and more about the location itself. Take the Basement Gallery for example. Located in Northeast London this experience takes place on a retired tube carriage. Not your average commute home, because by stepping foot into the London Underground here, instead of riding a crowded car, you get to take part in a fine dining experience that is one of a kind.

Down to the coast and located in Brighton, England is a hotel fully embracing the concept of themes. And not just one theme either, each room in this rock n’ roll hotel has its own theme. At Hotel Pelirocco, some are dedicated to a specific artist or legend, like the “Dollywould” room for Dolly Parton or the “Rebel Rebel” room for David Bowie. Others have been specially designed by local artists or made to fit into the world of your favourite film. No matter which room you’re in, you’re sure to be fully drawn into the world surrounding you. Which room would you choose?

Themed events and locations offer us an opportunity to step out of our realities and into the worlds of others.  A 1960s decorated hotel complete with activities designed to immerse you in the period, restaurants designed to give you a unique dining experience, and a hotel with individually themed rooms; all things that allow you to step out of your reality and face a new world full on.

You can buy tickets to skate at TWA Hotel’s Roll-a-Rama at the Runway Rink starting April 15 and all the way through November 2022.

If you enjoyed reading Head First, check out Portrait of the Year. 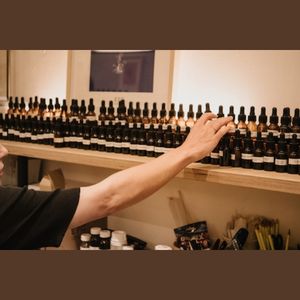