In the 20th century, Classical Music theory had some competition. An architect thought drawing music was a new way forward. Read about him here in Iannis Xenakis: Drawing Music.

All genres of music that exist today follow rules and have certain identifiable characteristics. Melody, harmony, rhythm and pitches – they all make up the DNA of music. But, these basics are treated differently across musical history.

The Classical Era (circa 1750-1830) focused on ‘lightness’ and ‘clarity’. Wolfgang Mozart, one of the greats in this period, composed simple, jovial but also introspective, melodies. His music, such as his Piano Sonatas, for example, shows objective beauty in symmetry and its structure.

The Romantic Era (circa 1830-1900) was a period about drama and emotion. Composers such as Frederich Chopin, unlike Mozart, incorporated the use of the piano pedal into the music composition that blends musical notes together for colour. His collection of Nocturnes is a great example of pedal use.

The Modern Era (circa 1900-1999) is most suitably described as the period of “innovation”. Composers like Arnold Schoenberg and Igor Stravinsky were challenging traditional music elements that Mozart and Chopin often composed. Hostile political conflicts (World War II) and development in technology opened up prospects for composers to abandon the traditions of Classicism and Romanticism, given them tools to forge a new path. It was writing still, rather than drawing music, under the rules of traditional music notation.

But, then came the birth of Iannis Xenakis (Yannis zuh-NAA-kis) in 1922.

Born in Romania, Xenakis, moved to Greece in 1947 where he trained to be an architect and as a Civil Engineer in Athens. But it was cut short by his political action, to serve in the communist Greek Resistance Movement in the Second World War. (A British tank exploded shrapnel in his vicinity, disfiguring his face and losing sight in one eye.)

Joining the communist movement put him in great danger leading to his exile to Paris. He remained in there, continuing his passion for architecture but took on composition lessons with Olivier Messiaen at the Paris Conservatoire.

During their tutelage between 1950-62, Messiaen commented to Xenakis that, given his profession and personality, he could combine his “fortune of being Greek, of being an architect and having studied special mathematics.” Messiaen’s advice was a call for musical revolution away from Classical and Romantics of Mozart and Chopin. In other words, to “take advantage” of his scientific know-how and use them to forge new territory for himself.

Xenakis, alongside Engineers at CEMAMu, a research institute in France, designed a “computer” called UPIC in 1977. It’s a tool that allows you to write and change many musical elements at the same time. The UPIC makes creating musical ideas more efficient – by connecting the computer directly to the creative mind.

The computer has an electronic drawing board that acts as a surface for an electric-pen. The user “sketches” lines onto the drawing pad using the pen and it is then transformed digitally into sound by the computer. The lines acted as musical notes that sustained or moved pitches, depending on the shape. This revolutionary approach with the UPIC could precisely record music from these sketched lines.

“Everyone can understand a line,” he explained in an interview with Henning Lohner in 1986,”whereas you have to do specific studies in order to understand what the symbols of traditional writing in music mean.”  The machine turns drawings of lines into sound, but it is not conventional “translation” but more like “conversion“: drawings into equal codes in music notation.

His architectural background, however, was not the fuel for UPIC’s creation but rather the lack of existing technology to realise his ideas. “[…] When I wrote for orchestra, some of the things were too complicated to be specified in stave notation. So, I had to introduce a graphic notation…”

Xenakis’ education philosophy, though, seems to tell us something entirely opposite to what his graphic scores suggest. It was hoped that his computer would replace traditional Western music education from the 1970s onwards. This new form of “drawing” music was to broaden access to a wider audience. It was to strip away the “privilege” and not let music creation be restricted by age or education level; to bridge a gap for children and non-musicians to creativity.

Xenakis believed that composition was within everyone’s ability, no matter your financial or social status. Lines on any surface (whiteboard or blackboard in his time) can be transformed into music, under a few simple rules that can be absorbed relatively easily. These simple lines can be developed later into more complex structures such as music. “[…] drawing is an ability of every human with a hand and a brain; the hand is the organ closest to the brain…”

There is still a barrier to music education whether it is cultural or financial. But, with this UPIC computer, Xenakis provided a revolutionary solution. He attempted to architect a “bridge” for all humans to creativeness with the UPIC. “[…] I think this more universal notation is possible for everybody… it is the end of the hand that creates the drawings […] For everyone. From the age when the child can hold a pencil and listen, to adulthood and until death.”.

A lone thinker and an individual but nonetheless a visionary.

If you enjoyed this article, check out Opera in Strange Times. 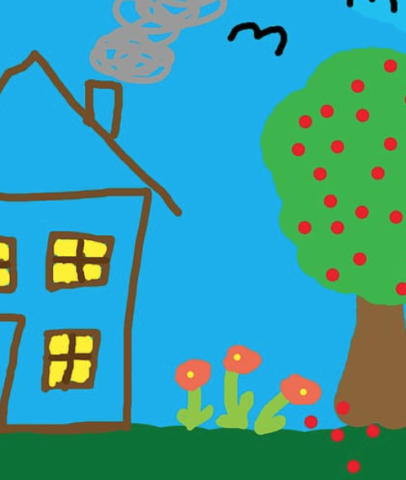 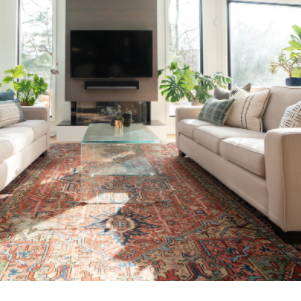