The Turner Prize has returned to Tate Britain for its 34th edition. The prestigious prize is awarded by a jury to a British artist for a presentation of their work. The Turner Prize usually rewards artists that deal with pressing social or political issues in contemporary society in their artwork. This year Glasgow-based artist Charlotte Prodger  won the prize with her iPhone-shot film ‘Rows of Dots’. All artists shortlisted this year use film and digital imagery. The exhibition starts off in a light room and leads the visitors through 4 doors. Behind each door is a dark room in which the visitors can emerge themselves in the videos that are shown, without distraction. The focus on video only rather than sculptures or paintings is unusual. It shows that we really live in a digital age and art prizes are staying relevant by going along with this development. The Turner Prize argues that “The Turner’s all about having an opinion”, which is definitely true for Prodger’s film. Her intention, although subtle but evident, was to have a lowbrow exploration of the fluidity of identity and her own experience, hence the iPhone. Alex Farquharson, director of Tate Britain and chair of the judging panel, found that Prodger should be celebrated for the “most profound use of a device as prosaic as the iPhone camera that we’ve seen in art to date”. The panel argues that Prodger is contributing to the democratisation of art by employing the phone, an item accessible to loads of people. Prodger filmed the work over the course of a year and included footage of her at home, the Scottish countryside and snapshots of, for example, her cat. These apparently randomly organised shots are an intimate insight in her daily life. These personal scenes combined with shots of the vast Scottish landscape give a jarring, sometimes depressing but definitely expansive peak into Prodger’s contemplations. She has faced criticism and backlash saying that she is trying to commoditise the queer experience, and that her exploration of queer identity is mostly trendy rather than heartfelt. Gender, queerness and sexuality are indeed hotly debated topics at the moment, but that is not at all what Prodger’s work is about to her. Prodger argues that the negativity is nothing more than gay people face on a daily basis. The other competitors are all praised by the judges for their visualisation of political debate on several topics. The Forensic Architecture, the audience favourite, discusses the portrayal of human rights abuses in their contribution. Naeem Mohaiemen is applauded for his exploration of “post-colonial identity, migration, exile and refuge through narratives using fiction and social history that combine the traumas of history with his own family stories”. Fourth contributor Luke Willis Thompson was noted by the judge for “noted the meditative nature of Willis Thompson’s black and white 35mm portrait of Diamond Reynolds”. The Turner prize exhibition runs until 6 January in London. To see all the films in one visit takes about 4.5 hours. 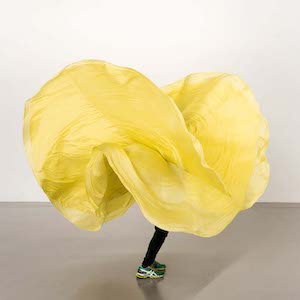