Film and reality come together more and more in our lives. NFT’s, the current buzz term come from the world of computer games. The simple idea is that when you play a computer game you can ‘buy’ something, so for example, if you are playing a game that involves a sword, you can win or buy a sword to keep. Of course, said sword is not real, but what if you saw something in a game you really wanted to actually own and hold in your own hand? Well, what about a Hamilton watch to get you started? Find out more here, In Film, In Time.

The first branded watch in-game integration in the Far Cry® franchise brings yet another level of reality to the video game’s cinematic quality and now players can wear the military-inspired wrist gear in real life too. Now in Film In Time is a real thing.

Deeply rooted in the history of Yara, the fictional Caribbean island of Far Cry® 6, the Hamilton Khaki Field Titanium Automatic keeps on ticking through decades of instability, even during an assassination attempt on its former owner and ruler of the island Santos Espinosa in 1983. In honour of this story of survival, only 1983 pieces of the special edition watch worn in-game will be available for purchase IRL.

Developed and published by Ubisoft, Far Cry® 6 is a first-person shooter video game set in Yara, ruled by the cruel dictator Antón Castillo brought to life by actor Giancarlo Esposito (“Breaking Bad,” 2009-2011). As Dani Rojas, players fight to free the nation from his rule, receiving the bespoke timepiece upon completion of a guerilla mission.

Successful players unlock access to the in-game timepiece that’s equipped with a unique and original “keeps on ticking” function. The defensive wrist gear improves general defence during sprints, allows players to get in and out of danger quickly and efficiently, and will be a useful benefit for gamers as they fight for Yara’s freedom.

Players will have the opportunity to virtually wear this timepiece when Far Cry® 6 launches, on October 7th on Xbox Series X | S, Xbox One, PlayStation®5, PlayStation®4, Stadia, Amazon Luna and for Windows PC exclusively on both the Epic Games Store and the Ubisoft Store. The game will also be available on Ubisoft+, Ubisoft’s subscription service.

With a combination of state of the art functionality and military heritage, Hamilton’s Khaki Field Titanium Automatic is rugged, resilient and reliable – for game protagonist Dani Rojas and for you.

Surrounded by a brushed titanium case, the limited edition’s black vinyl dial features a matte centre and a split ‘6’ marker, a reference to the game logo’s typography. A revolutionary red seconds hand is a nod to the game colours, chosen as a tribute to Yara’s guerilla forces.

Powered by the H-10 automatic movement featuring an 80-hour power reserve and. The skeletonized rotor is on display through an open case-back, the Khaki Field Titanium Automatic.

If you enjoyed reading In Film, In Time, then why not read Crafted Forever Here 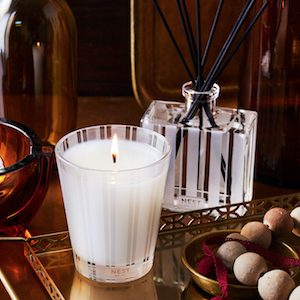