Runway Models
Just a few weeks ago, the Victoria’s Secret Show took place in New York showcasing a mass of stunning, scantily clad models in jewelled encrusted lingerie and themed costuming. The beauties consisted of the usual beguiling suspects: Adriana Lima, Alessandra Ambrosio, Lily Aldridge, Candice Swanepoel (who, by the way was picked to wear the $10 million fantasy bra!) and co. With an overload of genetically perfect females strutting the catwalk in little more than their undies, the show was obviously a sure fire success.

Apart from Taylor Swift’s performance which wasn’t held in high graces by VS angel Jessica Hart, “I don’t know, to me, she didn’t fit.’’ Did she not ‘fit’ because of her size 2, rather than 0 dress size? Or perhaps it was to do with of her tedious mix of heart breaking pop songs based on her exes, whom surely some of the angels have also dabbled with. Either way, the subtle yet patronising double entendre was the only slight dampener to the iconic event.

Real Models of All Varieties
Taking all of this into consideration, Victoria’s Secret Models are perceived as some of the most gorgeous women in the world; perfection personified. But there is a new breed of models that are breaking out of the stereotypical mould. They are not flawless, in fact it’s the flaws that make them that much more attractive and distinct.

Moffy, who is signed to Storm, the same modelling agency that discovered Kate Moss, is cross-eyed. She was featured on the front cover of Pop magazine’s summer issue and with her big lips and olive skin tone, looks like a combination of Irina Shayk and Angelina Jolie in their youth.

Gap-toothed vixens, Lindsey Wixson and Ruth Crilly are flying the flag for all quirky girls out there with their girlish good looks and down-to-earth charm. A teenager from Kansas, Wixson doesn’t take herself too seriously having famously fallen over not once, twice, but thrice at Naomi Campbell’s Fashion for Relief Benefit back in 2011. She certainly ain’t in Kansas anymore, even if it does takes her a little trouble to click her high designer heels along the catwalk without tripping over.

Crilly is not only a model, having been featured in ad campaigns such as River Island and editorials including Elle and Vogue, but also a writer with her own website. Transgender models, Andrej Pejic and Lea T are hot property whom designers adore to dress, with their lean bodies and androgynous high-fashion faces. Pejic who is of mixed Croation and Serbian ethnicity was raised in Australia and discovered while working at McDonalds. He stood out at Jean Paul Gaultier’s bridal show last year, in a floor-length sheer dress and black flowing veil. Lea T, a Brazilian bombshell was handpicked as one of the nine ‘trend-setting’ models to front the S/S 2013 United Colours of Benetton ad, clad in flattering teal tones while baring his toned legs.

And lastly, we get to the plus-size models of the moment. Always a topic of debate, bigger models have often been shunned in fashion. But the belief that big is beautiful only continues to get stronger and with models like Fluvia Lacerda and Candice Huffine proving this theory 100% true, the hope lingers that with time more designers will put curvier models on the catwalk. Lacerda, has been dubbed the ‘plus-size Gisele’, whereas Huffine has been on the front cover of Vogue Italia’s curvy issue.

Flaws or No Flaws
The ‘real’ models who have something about them that makes them a little different to the textbook totties is what keeps the fashion pot stirring. A dash of the extraordinary amongst the generic is a special trait that should be exposed with pride. 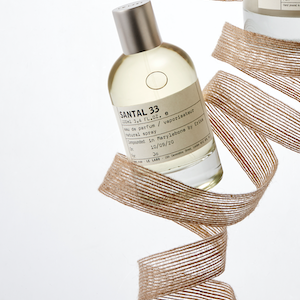