In the early 1900s lived a Breaking Boundaries creative who dabbled his talents in multiple disciplines across music and visual arts. His name is Arnold Schoenberg. At the age of nine, young Schoenberg started learning the violin by himself. He, then, went onto become a great success in the musical field. Schoenberg’s compositions have been described as ‘causing one chaos after another’ influencing other revolutionary characters of the time. One of them is Russian artist Wassily Kandinsky. After listening to a concert of Schoenberg’s music in Munich in 1911, Kandinsky painted his infamous work Impression III on the same evening. ‘The independent life of the individual voices in your compositions is exactly what I am trying to find in my paintings,’ wrote Kandinsky to Schoenberg. As a result of the concert, Kandinsky’s art moved towards totally abstract, hence, the founding of the modern art movement. Other than his exceptional achievement as a composer, Schoenberg’s friendships with artists Kandinsky and Richard Gerstl have influenced him to create an extensive body of visual art. Although Schoenberg’s work has been exhibited – most notably at “Der Blaue Reiter” (The Blue Rider)’s first exhibition, his visual art work remains less well known. Displaying the work of these two artistic pioneers, who shaped the course of art and music today, is the upcoming exhibition at the Jewish Historical Museum Amsterdam entitled Schoenberg & Kandinsky – Artistic Revolutionaries. The exhibition juxtaposes the life and work of Schoenberg and his contemporaries. Other artists exhibited include Gerstl, Gabriele Münter and Egon Schiele. 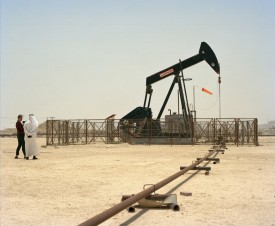