Ladies then and now…
Every decade has its female icons when it comes to fashion, beauty, music, art or film.
Today, it is time to take you on a fascinating journey through science fiction’s history by portraying the world’s most iconic female characters in science fiction and paying tribute to their individual performances.

To start off, all these ladies are very different, but they all have in common that they really stand out. Have a closer look at all of them and see the differences that have developed over the past 50 years in sci-fi industry.

Our time journey starts in the late 60s, to be precise in 1968, when American actress Jane Fonda made an exceptional appearance in Roger Vadim’s science fiction film called Barbarella, based on Jean-Claude Forest’s French Barbarella comics. Jane Fonda is playing the title role Barbarella and, you guessed right, she definitely had an impact on the film’s popularity that made it become a science fiction classic. Moving on to the late 70s, American actress Sigourney Weaver stars in Alien, a science fiction series in three sequels for which she was also nominated for the Academy Award as Best Actress. It is definitely a stunning role! The picture proves her strength…she is a definite superwoman. With regard to the 1980s and early 90s, do you remember Linda Hamilton in her brilliant role as Sarah Connor? You definitely do! She was the female science fiction icon in the Terminator film series along with science fiction hero Arnold Schwarzenegger. Sarah and weapons? It seems to be no big deal for her! By the turn of the millennium, you can definitely see that the image of women in science fiction has changed a lot. That means, they have become more sensual by wearing very formfitting leather clothes. On top of that, by wearing make up adds a hint of seduction.
Halle Berry in X-Men (2000) and Charlize Theron in Aeon Flux (2005) are two Hollywood ladies who both can be described as two great examples of this science fiction era. Both of them are extremely powerful and very seductive at the same time. Ten years later, the science fiction stunner Star Trek into Darkness which is apparently based on the iconic Star Trek series ends our time journey through science fiction’s history.
Zoë Saldaña astounds the spectators with a sharp mind combined with exceptional beauty. So there you have it. These are six female science fiction icons from the past and the present. 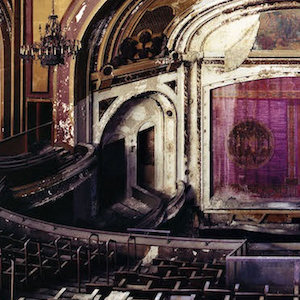