Throughout centuries art appreciation was an activity that high society ladies and gentlemen would indulge in. Presently, these notions are absurd, as art has escaped the confines of galleries and houses, instead, landing right on our streets echoing the National Open Art’s founding principle that “art is for everyone”.
The NOA has been nurturing budding artists for years through initiatives such as their annual competitions where the winners not only receives prizes of funds and bursaries but also the invaluable opportunity to be commissioned by a gallery. Rhinoceros, Ronnie Wood
This year’s Winter Art Exhibition at the Royal College of Art revealed, yet again, the enormous pool of talent in the UK and Ireland. Patron and Rolling Stones legend, Ronnie Wood, was on hand to award Reginald S Aloysius £5000 and a sculpture of a rhinoceros by Wood for his fine art graphite and gold leaf piece; KUL-MH004. KUL-MH004, Reginald S. Aloysius
“Judging thousands of art works is a challenge, but the experience is essentially a privileged glimpse of the creative energy at work in Britain and Ireland today. I’m impressed with the strength and diversity of the submissions. What comes through for me is a sense of invention and a seriousness of intent, sometimes along with irreverence and humour. It’s a healthy picture of the art in these lands” says 2015 judge Hughie O’Donoghue. Emergence, Holly Zandbergen
This competition not only pays its dues to established artists but, more importantly, it leads to the acknowledges new artists like recipient of the Young Artist’s Award, Holly Zandbergen, for Emergence and winner of Best Emerging Artist Michael James Wright for his oil painting Love Fool. Love Fool, Michael James Wright
These winning works were chosen from 4000 entries and in addition to being displayed at the RCA until November 1 as part of the NOA’s Winter Exhibition, they will also be exhibited at the Pallant House Gallery in Chichester in December. Plenty of Fish, Lauren Alderslade
Some of the works selected include Plenty of Fish by Lauren Alderslade which was inspired by the dating site of the same name and is a commentary on modern dating methods and winner of the Best Portrait award Aleksandra Karpowicz  for her college of different shaped naked bodies titled Let’s Talk About Sex. Lets Talk About Sex, Aleksandra Karpowicz
“Year by year collectors tell us that the quality and excellence of the important exhibition gets better and better and this year is no exception. This show should not be missed by anyone who is serious about seeing the emerging talent and creativity being produced by artists and photographers from across the entire UK and Ireland” explains Neil Lawson-Baker, Chairman of NOA.
All artworks exhibited are for sale at the exhibition or on the NOA’s website with proceeds being split between the artist, the NOA and The House of Fairy Tales, an organisation that helps children engage with art.
Their Winter Exhibition is on until November 1 at the RCA, admission is free. 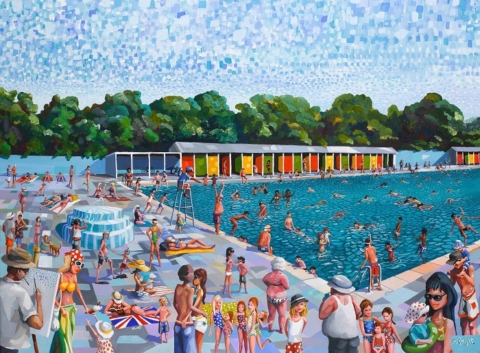 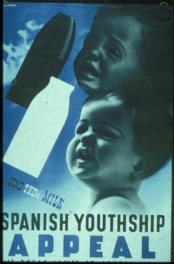