Fame and fortune bring radical changes in the lifestyle of all. Countless musicians and artists have met the charm of stardom at very young ages. Through tragic means, they may have left the mortal world far too young. There is even a club in music called the under 27 club, for musicians that died before reaching that age. Whatever their creative fields these heroes often leave an incomplete legacy behind them. Looking at just a handful here in less morbid, and more legacy-based names like Jeffrey Scott Buckley, Sylvia Plath, Jean Michel Basquiat helping us understand why their legacy lives on.

Sylvia Plath (October 27, 1932 – February 11, 1963), best known for her published collections, The Colossus and Other Poems, Ariel, as well as The Bell Jar, which is a semi-autobiographical novel published shortly before her death. She was clinically depressed for most of her adult life. She contributed a lot in her short span of life and her writing is still much admired.

Jeffrey Scott Buckley (November 17, 1966 – May 29, 1997) known most commonly as Jeff Buckley. Whose heart doesn’t melt while listening to Grace by him? His songs cut as deep as the gaping hole that opened with his passing. He was prodigious and so left a large amount of music when he passed away at the age of 30 leaving behind the musical legacy that so many other greats referenece.

Jean-Michel Basquiat(December 22, 1960 – August 12, 1988). Coming form a turely a humble start in New York he was highly influenced by the new rap and hip-hop culture and focused on dichotomies such as wealth versus poverty, integration versus segregation, and inner versus outer experience.

By the 1980s, his neo-expressionist paintings were being exhibited in galleries and museums internationally. At 21, Basquiat became the youngest artist to ever take part in Documenta in Kassel, and at 22, he was also the youngest to exhibit at the Whitney Biennial in New York. He used social commentary in his paintings as a tool for introspection and was against racism. Since his death at the age of 27 from a drug overdose, his work has steadily increased in value and is referenced as and truly remarkable talent that left the art world far too early.

The Poetry House founder, poet and play-writer Jahmar Ngozi is launching a theatrical online play, “The Lost Generation”. Celebrating the profound legacy of Jean-Michel Basquait. The play delineates how the artist worked and lived. Using a mixture of historical facts and surrealism the play is promising uncompromised entertainment.

If you enjoyed reading Less Morbid, More Legacy, please do not miss out Pixellated 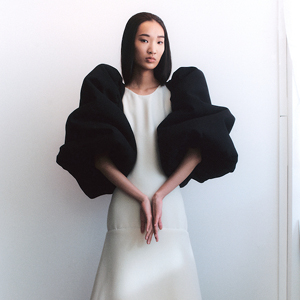