Playing with light and dark in photography can totally change the atmosphere of an image and can transform it into something completely different. Javier Vallhonrat was one of the first artists to create a photography series that focuses on creating contrasts and experimenting with light and dark. This series is called “Autogramas” and was published in 1991. It is considered a study of the photographic process itself and explores the concept of how an image becomes a photograph. In the series, he uses matches as the only source of lighting, shooting with very long exposure times and made minimal body movements and actions. Working in complete darkness and employing just the matches as the light creates a very special atmosphere, as well as a spiritual feeling.

Born in Madrid in 1954, Javier Vallhonrat was trained in painting at University of Madrid in the early 70’s. He reached international recognition by shooting for Condé Nast Publications and several fashion designers such as Christian Lacroix and John Galliano. During this time, he started to develop his unique photographic style and always tried to explore new ways of re-making photography.
Here are some of his photographs from the “Autogramas” series: Another artist who experimented with negative and positive lights is László Moholy-Nagy. He was a Hungarian painter and photographer and believed that photography could create a whole new way of seeing the outside world that the human eye could not. One of his biggest achievements is the construction of the “Lichtrequisit einer elektrischen Bühne” (Light Prop for an Electric Stage), which is a device with moving parts meant to have light projected through it in order to create mobile light reflections and shadows on nearby surfaces.

Moholy-Nagy also often used a technique called photogram, which means creating a photographic image without using a camera. The image is made by placing objects directly onto the surface of a light-sensitive material and then exposing it to light. This creates a negative shadow image, which means that areas that have received no light appear white and those exposed through transparent objects appear grey.

This technique was also often used by the American photographer Man Ray. His photograms feature unexpected effects of negative imaging and unusual juxtapositions of identifiable objects. He called his photograms “rayographs” in reference to himself. 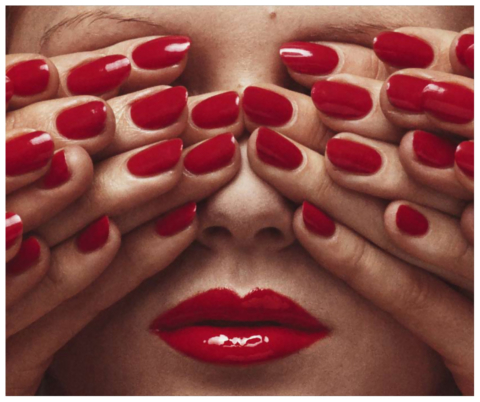