We take this month’s theme of Louche and look at literary male characters who are devoid of morals, self-control and reason- in other words, louche. There is a looseness of morals, yet to call them villains would ignore the complexities in their character. From great literary figures to contemporary characters, here are five louche rogues in literature. Dorian Gray – From The Picture of Dorian Gray – Dorian Gray is young and handsome, if not a little narcissistic. The reader is introduced to him as a muse to the artist Basil Hallward, who paints a portrait of him. Influenced by others, he begins to praise beauty as an important aspect of life. Oscar’s Wilde’s infamous character is so fixated with preserving his beauty and youth that he sells his soul in order to stay young forever. His portrait then takes on a mirror image of his soul and as he indulges in both moral and immoral acts, it grows more and more grotesque as time goes on. So, even though his outward exterior remains young, the portrait portrays his truest self. As expected, Gray’s hedonistic and completely amoral behaviour ends in horror. He stabs the portrait in an attempt to rid himself of it, dying as an old man with the portrait returned to its original state. Perhaps one of Oscar Wilde’s most recognisable character, Dorian Gray is an archetypal libertine figure who creates his own moral code and does whatever he wants- much to his demise. Mr Edward Hyde – From The Strange Case of Dr Jekyll and Mr Hyde – Hyde is a strange, deviant alternate figure to the moral and upstanding Dr Henry Jekyll. He lacks morals and is often described as inherently evil, lacking humanity and “off” in character. He draws suspicion from strangers and friends of Jekyll. Yet they are the same person, so it is impossible to mention one without the other. Hyde is the result of a serum that Jekyll creates in an attempt to repress his secret desires. This causes Jekyll to transform into Hyde who is everything Jekyll is not, both in appearance and morals. Hyde not only draws attention to himself after a series of criminal offences but he becomes stronger in nature. After time, Hyde is stronger than Jekyll and he faces the prospect of becoming Mr Hyde permanently. Stevenson deals with good and evil and hidden desires in this novella, although the novelist has mentioned his interest in personality disorders. Indeed, this is a strange case. Don Juan – Unlike the others, Don Juan has gone through many literary transformations. Originally appearing in Tirso de Molina’s El burlador de Sevilla (The Seducer of Seville), he has then gone on to appear in works by Mozart, Byron and José Zorilla y Moral. Although different versions exist, his character remains the same. Don Juan is a libertine figure who is indulgent, arrogant and a notorious womaniser. His name has gone on to denote someone who is a seducer or a Lothario. This character is free in his pursuit of women and void of any moral convictions. In the original play by Molina, he is damned after his refusal to repent. Iago – From Othello – Jealous, scheming and cunning; this Shakespearean character plays an important role in the classic tragedy. Iago works to undo everything that the titular character has worked for. He pretends to be a friend to Othello, when in fact he hates him and plots for his downfall. His role as Othello’s ensign puts him at a special position. This complex rogue is ruthless in his pursuit for power, he undermines any character that gets in his way and murders the few that do. Iago is a true villain in disguise that ironically has a reputation for being an honest man and he maintains this until the very last scene. He succeeds in his plotting and once his scheme is discovered, it is too late to be undone. Anton Chigurh, From No Country for Old Men – Moving on to a more contemporary character, Cormac McCarthy has created this main antagonist, who has become an archetype for the modern villain. Anton Chigurh is a hitman, who is hired to retrieve a bag of money from a drug deal gone sour near the Mexican border. He is rational, calculated and ruthless in his journey to complete the task. As he flips a coin to decide whether to kill a victim, it is clear that he does not value life, apart from his own. He creates his own rules and like many of the other literary figures, he rejects morals and creates his own. Coupled with an award-winning performance by Javier Bardem, Anton Chigurh has become popular figure in contemporary literature. 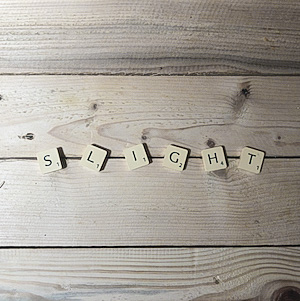