Thinking about this month’s theme of MASHUP, we look at two exhibitions that bring together ideas of the body as art.

The popular 1972 work of influential American artist Eleanor Antin is being exhibited at the Henry Moore Institute. Antin is an important figure as an American conceptual and visual artist and poet. As an artist, a lot of Antin’s artwork looks at self-identity and how that is constructed. Antin, born in the Bronx, New York in 1935, has had work exhibited at numerous museums such as the Museum of Modern Art (MoMA), Whitney Museum of American Art and the Los Angeles Institute of Contemporary Art. This time though, her work arrives in Leeds, as curated by Lisa Le Feuvre, Head of Sculpture Studies at the Henry Moore Institute. The piece is a series of photographs of Antin, documenting her body changes in a variety of stances which show the effects of limiting foods. She developed the art piece by limiting her food intake, between 15th July- 21st July 1972, to change her body in the way that a sculpture is carved. She then documents how her body changes as shown in the photographs. ‘CARVING’ is far from traditional, it is a new take on creating sculptures. Antin inverts the idea of Greek sculptures to create a mash-up of art and history, using both the past and present. Instead of the use of non-moving material, Antin uses her own body as a sculpture which undergoes changes due to restricting her food. The artist explains that:

“Technically it is carried out in what can be considered the matter of archaic and classical Greek sculpture (peeling small layers off an overall body image until the image is gradually refined to the point of aesthetic satisfaction).”

‘CARVING: A Traditional Sculpture’ will be at the Henry Moore Institute from 28th September 2016 – 3rd January 2017. More information is available here.

‘The Body Extended: Sculpture and Prosthetics’

Also curated by Lisa Le Feuvre, is the joint loan exhibition ‘The Body Extended: Sculpture and Prosthetics’. It features the work of many artists and presents over seventy pieces from 19th century to present day looking at how science has advanced to help human bodies. This exhibition discusses how prosthetics have changed since WW1 and is a large artistic response to this development. Sculptors Anna Coleman Ladd (1878–1939) and Francis Derwent Wood (1871–1926) worked directly with surgeons to create facial masks for injured soldiers. In contrast, Alice Lex-Nerlinger (1893–1975) and Jacob Epstein’s (1880– 1959) works present a different perspective to what was known as the ‘machine-human’. Alongside this, visual artist and sculptor Rebecca Warren has created a new sculpture, which has been co-commissioned by 14-18 NOW, which will be located outside the institute. Rebecca Warren ‘Man and the dark’, 2016. Bronze on steel painted plinth. Courtesy of the artist and Maureen Paley Gallery.

‘The Body Extended’ brings artwork from Freud Museum, Hunterian Museum, Victoria and Albert Museum and the Annet Gelink Gallery in Amsterdam. It features the work by artists such as Louise Bourgeois, Yael Bartana and Bruce Angrave to mention a few. There are a variety of events and talks by sculptors and historians to feature alongside this exhibition. ‘The Body Extended: Sculpture and Prosthetics’ is on now and continues until 23rd October 2016. Further information can be found here.

The Henry Moore Institute is dedicated to featuring and celebrating sculptures. As an international research centre located in Leeds, the institute regularly host events and exhibitions featuring the work of sculptors from all over the world. They are also part of the Henry Moore Foundation, an independent arts charity, whose mission is ‘to bring people together to think about why sculpture matters’. 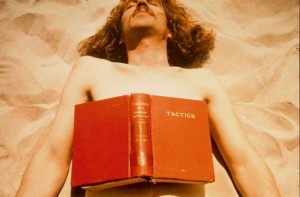