Nicolas Roeg’s Eureka is about to be released on Blu-ray for the first time in the UK on 28 March 2016 as a part of The Masters of Cinema Series.

Now Eureka is one of the most revered figures in modern cinema. How can it not be if it features Gene Hackman, Theresa Russell, Rutger Hauer, Joe Pesci and Mickey Rourke? And the director is Nicolas Roeg himself, who started his career as clapper-loader and then became one of the world’s most famous film directors. However, when the film was first released in 1983 it did not get the recognition and approval it deserved. Thankfully, three decades later, it got the rightful attention. Eureka is one of the best Roeg’s films and it is an extraordinary studio film of the 1980s. It can be said that Nicolas Roeg is a lucky man, his work has been recognized during his lifetime, but fortune was not that kind to a lot of geniuses. We all know that Vincent Van Gogh, Johann Sebastian Bach and El Greco were amongst those who were not appreciated at their time but there are so many more…

Paul Gauguin, Van Gogh’s good friend, was an outsider as well. He died in 1903 and he was never seen as a talented artist before 1910, when his canvases were presented at the post-impressionist exhibit in London. He became famous in 1940s. And now Gauguin’s works rank among some of the most expensive in modern art. John Toole suffered from depression and committed suicide because all of his novels were rejected by publishers. Some years later his mother brought his brilliant A Confederacy of Dunces to novelist Walker Percy, who printed the book. Toole posthumously won the Pulitzer Prize for fiction! Edgar Allan Poe was amongst the first writers who tried to earn living through writing alone. He lived in poverty during all his life till he was found dead at the age of 40. Poe’s work did see publication during his life but the writer was not successful and his stories were not appreciated in a way they are today. Nowadays Edgar Poe is considered the inventor of the short story as well as the inventor of the detective fiction. Franz Kafka quit his job in order to do what he really wanted to – to write. And he even got readers attention, people loved his existential take on the world. Unfortunately, Kafka died at the age of 40 before much of his work had been published, so he did not get a chance to experience the adoration. This list can go on and on… Henry Darger, Henry David Thoreau, Johannes Vermeer, John Keats, and even the most recent example – Steig Larsson (his famous “Millennium trilogy” was published posthumously). It seems like people cannot appreciate those artists whose work is ahead of their time. So, these geniuses have “to wait” until the next generations will be ready to accept and worship them. This is an unfortunate phenomenon but it has always been like that. Do we have a power to change it? 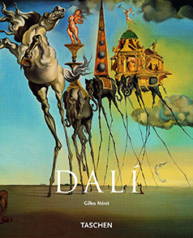