What does the word “modern” mean? Most people will use the word to describe today’s contemporary society, but that doesn’t make too much sense, considering the fact that artists and critics would describe contemporary life as “post-modern.” So, if we life in a time after modernism, what times were modern?
From a historical standpoint, modernism is an artistic response to the Industrial Revolution. Artists and thinkers tried to understand developments in society and technology, and as a result created new types of works that reflected how individuals reconciled these changes.
If you study art, modernism refers to most twentieth century art—you know, the times of Cubism, Futurism, Abstraction. But it also refers to Impressionism and Post-Impressionism, both of which began in 1880. So that makes it easy to determine when modern art began: 1880. But when did it end?
Most critics and historians would likely agree that trends of conceptual art marked the beginning of post-modernism. Conceptual trends were quite common by the 1980s, but were seen as early as the 1960s in the works of artists such as Andy Warhol, Christo and Jeanne-Claude, and Joseph Beuys. And in reality, Marcel Duchamp was creating work with a conceptual nature in the 1910s and 20s. So it isn’t really easy to determine when modernism ended in the terms of visual art. Then there’s also literature. With literature, many people would be okay with regarding twentieth century works as modern. But there was a specific literary movement that is referred to as “modernist.” This is the movement that concerns most famously T.S. Eliot and Ezra Pound, but also some of their contemporaries such as William Carlos Williams and Wallace Stevens. The works of these writers utilized tools such as imagism and fragmentation, and held themes of confusion and desperation in a changing society. These writers were mainly working in the decade between the two World Wars. 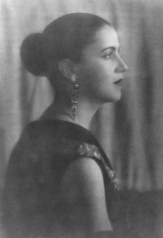