Star crossed lovers- the couple that should not be together but manages to beat the odds and fight the challenges that approach them. It is the same plot that thousands of film and books have been built on. These stories centre on ideas so core,  the very nature of humanness that it’s not hard to always be emotionally engaged with the subject matter.  There are of course a plethora of ways to tell the story, but filmmaker Annabel Jankel takes a newer twist on her film “Tell it to the Bees”.

Image the scene, it’s the 1950s in a small Scottish town where Dr Jean Markham returns back to take over her father’s practice. She treats a little boy named Charlie and in doing so gets romantically involved with his mother, Lydia Weekes, who had recently left a bad marriage. Of course, within this time frame and place rumours fly about the two women and as the truth gets out, the town ostracises them for not fitting the social convention of the day.

The title of “Tell it to the Bees” holds symbolic meaning. It echos the parallel story of Jean and Charlie.  Jean has her own hives in her yard swarming with bees, Charlie starts taking a special interest in them. She tells him about how he can tell all his secrets to the bees and they will not fly away from him. Charlie uses this opportunity to tell the bees whatever he can not say out loud, including his mom’s secret relationship. The plot thickens as Lydia’s ex-husband returns and the two women’s lives are changed forever.

This incredible story of two women defying the odds was based on the award-winning book by Fiona Shaw who was actually hands-on in the adaption into a film, with director Annabel Jankel falling in love with the book and the characters. The screenplay was written by Henrietta Ashworth and Jessica Ashworth. It was after a trip to her local cinema, the Hampstead Everyman, that Jankel not only fell in love with cinema, but also with watching films. Next thing you know, the idea of making films was planted in her head, leading to her passion for studying at an art school.  Initially started out co-directing with Rocky Morton on commercials and videos, moving on to their boundary defining artificial intelligence character breakthrough was creating the character Max Headroom, a cult cyberpunk TV character with his own tv show. Together with Morton they also directed Hollywood movies.

Forging on to her own career path , Jankel she went on to direct award-winning commercials for companies like Coca Cola, Bell, and Hallmark.  Her accomplishments include Jankel winning multiple advertising awards, including “World’s Best-Humor Commercial”, “Best Directed Commercial” and “Best of Show” as well as  producing and directing an adaptation of the Carnegie and Whitbread award-winning novel Skellig by David Almond

Jankel’s reason of picking this book to adapt was because of the remarkable message behind it. In our world, loving who we want can still be looked at as wrong or illegal and causes great risk. Jankel wants to send the message of how this story took place 70 years ago and the same problems still occur. Most importantly, she wants people to have an emotional experience and response as some can relate or feel for the characters. Even when the TV is turned off, the dialogue should still be going, resonating and filling you up as it sticks with you. The film also touches on subjects from mother-child bonds, missing fathers and love between same-sex couples even as far as non-tradtional roles of what is expected in small-town life within this time frame, yet echos themes still very real and relevant in modern-day Britain

The film first aired at Toronto International Film Festival for its world premiere and then it made a limited release in the United States. It then released in the UK on 26 July 2019. 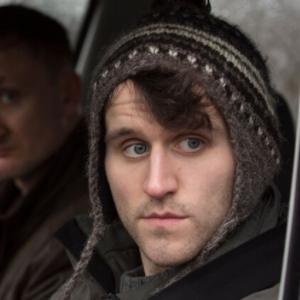 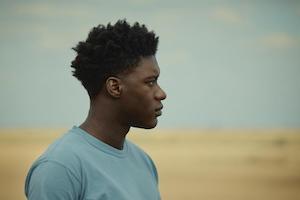