Short movies are a simple way to explore a new subject matter, and if that excites then short film festivals are a great option. From global perspectives to contemporary subject matters enjoy and open yourself up to something new for January with the 19th edition of the London Short film festival. Find out more in Mini Movie Moments Here

Screened over nine days in January, and supplemented with live performances, DJ sets and Q&As with many featured filmmakers, the London Short Film Festival (LSFF) returns with 18 packed programmes of new shorts from the UK and beyond.

The festival features unconventional, radical and resolutely independent work by a tremendous variety of filmmakers, visual artists and creatives – and places the spotlight on stories, perspectives and voices that too often sit in the shadows.

Saturday 15 January 2022, 7pm
Wednesday 19 January 2022, 4pm
International Competition: I hear you, I see you, I speak of you
From a New Orleans salon to a refugee camp in Kabul, these shorts speak to familial bonds, ties to home and the displacement of people.

Saturday 15 January 2022, 7pm
Up Yours! Post Punk & Feminism Revisited
Focused on feminism and the experimental post-punk scene, this shorts programme is supplemented by live sets from Shade Ray and Es, plus a DJ set from Gabi.

Saturday 15 January 2022, 9pm
New Shorts: Animation Variety Show
A heart murmur, a graffiti artist and an animator’s experience of racism are among the subjects explored in this selection of international films.

Sunday 16 January 2022, 1pm
Experiments: Void Mirror
Exploring the rules and paradoxes of the online wellness movement, these short films confront our interaction with and perception of new technologies.

Sunday 16 January 2022, 5pm
Friday 21 January, 3pm
International Competition: And What Remains is the Maze
One young girl ponders her sexuality, another faces an arranged marriage, a woman is drawn to religion and a garden comes alive in this beguiling international selection.

Thursday 20 January 2022, 7pm
Documentary: Kinship
Focusing on direct and mediated interactions between families and friends, these films reflect on lost and recovered relationships, honesty and dreams of immortality.

Friday 21 January 2022, 7pm
Documentary: The Promise Of Happiness?
From queer clubs to bingo halls via psychic readings and the ecstatic outcomes of divorce, these seven films reveal the instability of happiness.

Saturday 22 January 2022, 3pm
The Work of Farah Nabulsi + Q&A
A retrospective of three short films by Palestinian-British filmmaker and human rights advocate Farah Nabulsi, who will also be in conversation with Elhum Shakerifar.

Saturday 22 January 2022, 5pm New Shorts: Anthropocene’s Deities
Exploring spiritual practices and self-reflection by acknowledging other beings, these films are an invitation to contemplate the richness and fragility of ecosystems.

But if you can’t wait until the weekend for a good full-length film then  Klassiki, the film website to enjoy the magic of cinema from Russia, the Caucasus, Central Asia and beyond have an exclusive interview with renowned Russian filmmaker Gleb Panfilov.

To celebrate the arrival of his debut feature No Path Through Fire (1967) on Klassiki, tomorrow evening we’ll be sitting down with acclaimed director and screenwriter Gleb Panfilov.

One of the most celebrated directors in Russian cinema history, Panfilov is best known for a series of historical dramas starring his wife, the inimitable Inna Churikova.

Klassiki Editorial Director Sam Goff is joined by Panfilov to discuss the making of his debut film, a phenomenal tale of art and revolution set during the Russian Civil War.

Not only was this the first collaboration with his future wife, but the supporting cast glittered with the cream of Soviet acting talent, including Anatoly Solonitsyn and Maya Bulgakova.

They will be discussing his experiences as a young director in the 1960s and his encounters with the stars of Soviet cinema, as well as exploring key themes from the film.

To join sign up for a Klassiki subscription Here

Find out more about the ICA.art here 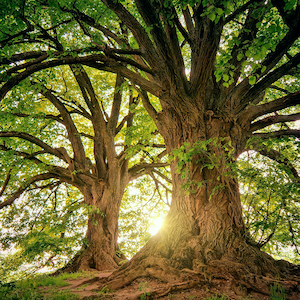