10 films that changed cinema forever not a concise list but just a suggestion of films that once made changed the way we saw films or how films were made once they appeared. Enjoy just a few films that nurtured an industry. Enjoy Movie Nurture Here

A hand-held film camera horror film made for a small sum, the numbers don’t lie a $20,000 budget and $250 million in earnings. . Using cheap cameras, no script, filmmakers, Daniel Myrick and Eduardo Sánchez, changed the movie industry more precise, the horror movie industry. It was also known for its brilliant marketing campaign. When the film was presented at The Sundance Festival, the actors were all listed as either Missing or Deceased.

The movie’s official website included Missing Person’s posters and appeals for information, and the film was one of the first to have a viral marketing campaign. The film also carried a statement alerting the audience that what they were about to see was real footage. It wasn’t

Directed by Steven Spielberg,1975 in his first big movie and the first-ever mega summer blockbuster from then on big blockbusters always came out for summer, think the likes of star wars.

Though Jaws will always be the movie that legitimately kept people out of the water, its greater legacy will be that it spawned a new type of movie.

The first blockbuster with sequels. Although actually not the first sequel (the first was in 1916), this film is also a landmark for its impact on merchandising.

Twentieth Century Fox had so little faith in the project that they allowed Lucas, a relative newcomer, to retain an unheard of 40% of the merchandising rights against a small salary to direct the film. Merch rights are now a major part of contracts. this went on to birth billion worldwide box office receipts, DVD sales, streaming rights etc

Animated films are considered safe box office bets today, however, Walt Disney took a huge risk with this feature-length animation. It paid off, with the success of making Disney what it is today and creating a new cinematic genre.

Widely anticipated to be a guaranteed flop before its premiere, Disney proved the exact opposite with its first-ever feature-length animated film. Grossing almost $75 million in 1937 Snow White still sits within the top ten in ticket sales. The film is also the first to release a soundtrack for a movie as well as merchandise available at the outset of a film’s run. Important films of cartoons with live-action like  Who Framed Roger Rabbit? (1989) would never have happened without Snow White.

For so many reasons this film changed cinema forever, but one of the most notable elements is that it has lots of silence, no dialogue for huge sections. As cinema, it is as pure as it can get—clocking in at slightly less than two and a half hours, it has barely 30 minutes of dialogue. its jaw-dropping visual effects that unfold

Its influence on the whole space-sci-fi movie genre has been almost incalculable; in fact, it is fair to say that almost every film that can be classified in this category made after 1968 has directly or indirectly, consciously or unconsciously, paid tribute to it. Best of all? The film leaves many questions tantalizingly unanswered.

Even more incredible was that many in Hollywood, including Charlie Chaplin, thought it was a fad.  Acors who painted their faces to be another colour is of course no longer acceptable and we don’t condone it but this film is the first-ever synchronised sound.

7          Seven Samurai (1954)
Although the storyline might seem mundane now, almost every action-adventure film owes something to Japanese filmmaker Akira  Kurasowa. A ragtag group of guys banding together to tackle a looming enemy.

Hundreds of movies have copied it but this was the first and it uses the classic action nine sequences (classically there are 8 stages in a film script), opening with the end of the main protagonist’s last adventure, another part of its list of firsts. .

8          Citizen Kane (1941)
Listed near or at the top of nearly every “best of” list, it’s how Citizen Kane heralded the birth of independent filmmaking. Hot off the success of his War of the Worlds broadcast, RKO quickly snatched up Orson Welles with a two-picture deal. The town was so hot for the young talent that Welles was able to get a $500,000 budget for his first pic with zero studio interference and final cut (unheard of for a newcomer).

Wells responded like a true maverick filmmaker; he pushed the boundaries and broke the rules with numerous landmark innovations, becoming a trailblazer for future directing greats such as Coppola, Scorsese, and Tarantino, to name a few. Its presence is even noted today with the film Mank (just up for an Oscar) 1930’s Hollywood is reevaluated through the eyes of scathing social critic and alcoholic screenwriter Herman J. Mankiewicz as he races to finish the screenplay of Citizen Kane.

The first of the British style films that introduced the now internationally renowned character Bond. But it also introduced the world to the genre of spy movies.

It’s hard to imagine now that this very first Bond movie was made on a rather small budget and filmed within about 5 weeks.

Not the first film noir but certainly one of the best. The aesthetics of film noir were influenced by German Expressionism, an artistic movement of the 1910s and 1920s that involved theatre, photography, painting, sculpture and architecture, as well as cinema.

The opportunities offered by the booming Hollywood film industry and then the threat of Nazism, led to the emigration of many film artists working in Germany who had been involved in the Expressionist movement or studied with its practitioners..The Maltese Falcon is a 1941 American film noir written and directed by John Huston in his directorial debut, based on the 1930 novel of the same name by Dashiell Hammett. It was nominated for three Academy Awards, as the first major American film noir. It includes an astonishing unbroken seven-minute take as well as a showcase for Humphrey Bogart at his finest.

The films that changed cinema forever could be an extremely long list but these are just to get started. 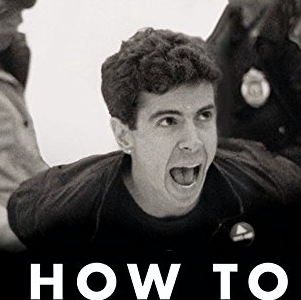