“If music be the food of love then play on”…. So many of us know this line but how many know it is from Shakespeare’s Twelfth Night. In this play, the character Orsino is head over heels in love with Countess Olivia. However, she’s placed herself into a period of mourning, so Orsino can’t woo her. Find out more about the power of music here in our take on the phrase Music be the food of love spray on…

In the play, Orsino asks for there to be an excess of music. He hopes that it will cure him of his obsessional love. He believes too much will put him off, gladly, music is too wonderful for that to happen, its power reaches far and wide. Yet how often have you thought of it as a metaphor or even inspiration for perfume?

There is something quite synaesthetic about this relationship. Synaesthesia is a neurological condition that results in a joining or merging of senses that aren’t normally connected.

It means that as one human sense goes into action another sense involuntary reacts as well. In very simple terms, someone with synaesthesia may hear colour or see sound. Some perfumers are known to have this trait and talk of scent in terms of colour, texture or even sound.

But these traits are far more common than simply those with Synaesthesia. Perfume and music naturally share many strong sensory relationships.

Starting very easily of course with notes. Both music and scent are made up of notes, all be it very different but none the less, they carry the same name. A musical songsheet is made up of a collection of notes as a perfume is made up of a set of layered notes top middle, and base of course. Music has bridges, hooks, a chorus which echo the layering of perfume. It is a depth that both have as a commonality.

Both of course must blend seamlessly: a tune that is not pleasing to the ear would be like a badly mixed fragrance, no one wants that. Unless of course discordant music really is your thing…

But the very sensory nature of a blend between musical notes and different instruments makes for the pleasant experience of listening to sounds as does the excellence of blending of perfume notes.

Ultimately both need genius to be achieved; the musical composer the perfume nose. The composition is at the end important for the notes to work in harmony together. Both fragrance and music, just like art too, stimulate our senses that then go on to trigger memories and emotions.

Meet some new perfumes on the market that celebrate and are inspired by music.

Both the following two fragrances by L’Orchestre Parfum inspired by modern dance music and are done as collaborations.

Opening with fresh lemon, clementine, and Italian bergamot that meets with bright mint, and ginger going further into the middle with delicious and very fashionable rhubarb and orange blossom finishing with a base of amber woods, incense, and Haitian vetiver.

The whole scent is built around the idea of A terrace in the Mediterranean, think chilling with a cocktail at sunset, but a whoosh of fragrance that carries you through the night, that air of southern European freshness that accompanies you on the contemplative restful moment on a wonderful holiday.

It does open with an utter fizz of lemons and is so perfectly named, but settles into a warm skin like mellow sweetness the echoes the very mood of the moment. The soundtrack is so perfectly suited; a synaesthetic symbiotic fusion perfectly balanced resting on the shore of beach heaven.

Listen to the soundtrack Here

Bouquet Encore sums up a very different yet musical experience, Think Barcelona electronic music sways you through the night and now it’s 3:12 AM. The dancefloor mingles with heady rich succulent perfume. Notes that mix with the sexy sweat emanating from that fellow adrenalin-fueled movers and shakers. The moment is rich, hypnotic the musical soundtrack by Animal & Me.

First comes notes of ultra sexy tubéreuse alongside jasmine both of which are amplified by an explosive timut pepper. Colliding in its heart with creamy Madagascar vanilla before it falls into sumptuous, sensual musks. As euphoric as the night as dreamy as the dancefloor taking you into a floral carnal addiction.

The next two scents come from a very different musical facet, both by ThoO.

Up to the Moon, an exploration in perfume notes of a soprano’s notes. Nino Machaidze, one of the most outstanding talents on the international scene, who together with the Perfumers Carlo Ribero and Cristian Calabrò have magnificently transcribed the vibrant emotions of her voice, merging all the protagonist’s skill and energy in a single chord.

The Brand says ” beautiful, sensual, determined and charismatic. The raspberry note emphasizes her vitality and the exclusive captive Pear Breeze adds a persistent fruitiness. Amber, Ambrette and Vanilla make the base sublime, for a long-standing ovation”.

Get the Feeling comes next

The lights go out and we succumb to the singing, our imagination is activated and the full-bodied, inebriating voice of Guido Loconsolo, the talented protagonist of this olfactory creation.

Get the rush to begin with including the notes of Fresh Ginger, Sicilian Lemon, Pink Pepper, Calabrian Bergamot, Aquatic Accents. The recital moves next into a spicy middle where you will find Cardamom, Davana, Roman Chamomile, Coriander, Angelica Root where it finally rests its voice in Patchouli, Juniper Berries, Absolute Ambrette, Precious Woods.

Both the THoO fragrances have a lusciousness and depth like sinking into the chair and letting the opera music surround and engulf you. Deep and sensual the waves of notes akin to the dulcet tones of these great opera royalties.

The two sets of perfumes come from opposing ends of the musical spectrum but are bought together by the oneness of notes, harmony, composition, blends, chords, and even “dissonance” in both music and fragrance. From major to minor notes to lullaby-esque emotions to full-on rushes nothing quite beats the meeting of senses quite like music and perfume.

Find out more Here at THoO – Up to the Moon EDP Harrods, Get the Feeling EDP Harvey Nichols 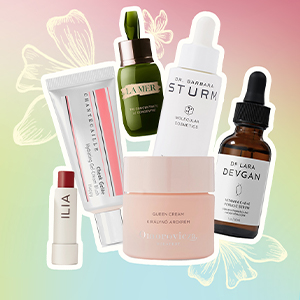