Creativity as a force knows no boundaries; it’s a gift which channels itself through you to explode via whichever medium works.  Sometimes the medium changes for a creative, they go from one creative career and later in life add another.

Nicole Farhi is one such example.  Her name can never be mentioned without her whole career in fashion being brought up.  She arrived from Paris to London in the mid 70’s at a time when London was starting to explore fashion from ‘outside the box’, where fashion was more than just being ‘chic’. What an exciting time to be a young fashion designer in the city.

All in all, she spent over 30 years in the industry first with Stephen Marks at French Collection and then her own label, which she started In 1982.  All the time she worked in the clothing industry she sculpted; privately not publically. She has in fact been sculpting for over 35 years, even in the height of her fashion career taking one day off a week to sculpt a day every weekend and night classes. But five years ago she sold off her label and walked away from fashion for good, to spend her time as a full-time artist…  Initially, she had wanted to train as an artist in Paris so the deep-rooted love of artworks never left.  It’s not easy to see in her fashion clothes a direct link to her sculpture now, but the artworks conscious or not are another step in a journey of creativity.

She has two shows on at the moment, one at Beaux Arts in London and another at Gainsborough house in Sussex.  The Gainsborough house show is all ‘hands and heads’  (23rd Feb to 16th March) and is her first solo exhibition.  It is simply called Heads and Hands.

This all started in 2015 when she created a bronze bust of Thomas Gainsborough for Gainsborough’s House. It was part of a fundraiser to turn the house into a national centre to celebrate the 18th-century artist and other local artists from Sussex.  Her bust of Gainsborough was initially not an easy feat as there are very few images of the artist. She talks of his work, his painting communicating with her which helped her create the piece. But it was this sculpture which  she gave the institution that started the journey towards an exhibition of her own at this wonderful and unusual art space

One of the first interesting points is that unlike her career in fashion, both hands and heads are not areas of the body she would have worked directly in regards to dressing them. As a designer, she worked far more with the body than the extremities

Within this collection of sculptures are hands that range from musicians to dancers and artists and even delicate hands of children. “Hands,” Nicole says, “can be even more expressive than the face. They can tell you everything about who the person is, what they are like, what they do.”

Some are gnarly, some dexterous but all reflect the very nature and livelihood of the sitter.  See the hands of Eduardo Paolozzi, her mentor and friend, all solid and thick and textured, with his life’s work moulded and laid into the work

A standout piece is a head she has done of Eduardo Paolozzi.; her friend and mentor.  This head feels far more of an emotional and personal a piece of work, not necessarily representational.   With its gouged out eyes and mouth, one gets the sense of a man alive and full of passion, of him talking and laughing directly with her; as if it were a private moment between friends. The heads also contain the original Gainsborough sculpture she made alongside some of the greats from the 20th century of art including Bacon, Lucien Freud and Alberto Giacometti.  Then there is a good smattering of celebrity friends her husband is the famous playwright David Hare, so we seem everyone from Rupert Everest via Anna Wintour to Dame Judy Dench and Bill Nightly with Christopher Walkin and Tom Stoppard  for good measure

The artist talks of her process of going into her studio everyday.  It’s for her about letting the piece come through from the clay to her.  She says she talks to the clay sometimes and works for  3  to 4 hours on a lump of clay and then if nothing appears that she can build on she will stop and start again. She works mainly with photographs not live models, the sitter as such may come one to a live ‘interview’ but working mainly with photographs is for forte and talks of ‘feeling them’.

Another key idea she mentioned (that was suggested to her by Paolizzi) was always leave a little something to pick up on at the end of the day, so that in the morning you can go straight to it..

Outside of the fact that both sculpture and fashion are 3D she says there is very little in common between the two practices. Interestingly one area that seems a little more parallel to her fashion career is the material she uses. There is a collection of busts of her friend Jonathan, who although she no longer sees, is a piece she goes back to in order to explore different materials to experiment with.  Jonathan at the time was going through a divorce and already had what she described as a deeply fascinating twisted angst face.  So over the years, she had created him in glass,  bronze, cement, and aluminum. And what of the location?

In 1958 Gainsborough’s House Society was formed to purchase the house and establish it as a centre for Thomas Gainsborough (as it is the house he was actually born into), and was opened to the public in 1961.  The gardens are an echo of the past as they grow and cultivate plants and trees that would have been grown in the time of Gainsborough lifetime.  The show space is a small bit well light, but just like the rest of the space it is a house, kept very much as a home feel rather than white space.

However,  the charity has great support from artists such as Maggie Hamblin and they are continually fund-raising in order to carry on with the building of a three-floor gallery space next door to the house. Should you be interested in helping and /or donating follow this link .  The exhibition is a wonderful day out in the countryside as well as an opportunity to see sculpture up close and personal see the marks left by Nicole’s hands in the clay, and if the sun is shinning have a moment to contemplate the exhibition in the divine garden 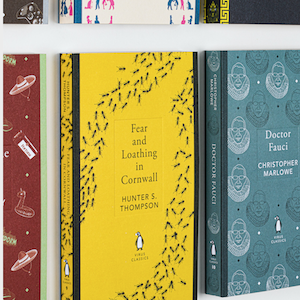