Chanel no.5 and Red Moscow belong to different worlds but they both represent a departure from the belle époque (a term often given to a period of French history, characterized by optimism, cultural-artistic revolution, and cultural innovations). At this point in the world of fragrance, everything changed forever; read more about how these perfumes are part and parcel of European history in Perfume Politics

‘The Scent of Empire’ in this remarkable new book. Karl Schlögel has written historical pièce de résistance: two perfumes, the French Chanel Nº 5 and the Soviet Red Moscow, provide him with the material to explore the dramatic events of 20th-century European history from an unusual perspective.

The turmoil of the Russian Revolution brought the formula for a fragrance, which had been created for the 300th anniversary of the Romanovs, to France. It provided the basis for Coco Chanel’s Nº5 and its Soviet counterpart, which is still produced today under the name “Red Moscow”. Polina Zhemchuzhina, wife of Foreign Minister Molotov, was director of the state-run perfume industry. She later fell victim to a cleansing campaign while Coco Chanel collaborated with the German occupiers. An apparently insignificant coincidence leads Karl Schlögel to a series of astonishing discoveries about an epoch we thought we knew well.

The book contains 13 Chapters and it explains the account of perfume and politics in the twentieth century. It covers so much of the important history for example:

In the chapter Scentscapes (page 21) the author talks about – When Coco Chanel met the perfumer Ernest Beaux between the autumn of 1920 and the spring of 1921 in Grasse the world capital of fragrance on the riveria to choose one of his compositions she had no way of knowing that the formula for the scent that would become internationally famous as Chanel no. 5 was already familiar elsewhere in Moscow.

In the chapter The seductive scent of power ( page 96) the author speaks about- A historic event and the Russian revolution led the pre- revolutionary Bouquet de Catherine fragrance to become the Chanel No. 5 and Red Moscow perfume. This bifurcated development was embodied by the life trajectories of the perfumers Ernest Beaux (Paris) and Auguste Michel (Moswow) and it materialized in the different production lines of a private company named Chanel and a Soviet state trust named Tezhe. Both perfumers represented the desire for beauty in times of war and deprivation as well as the break with a world whose time has passed.

In this tide of memory, nostalgia and the search for a beauty regarded as lost a place must be reserved for the discovery of Kazimir Malevich’s perfume bottle. In late 2017 an exhibition opened in Moscow at the worker and Kolkhoz woman pavilion a building topped by Vera Mukhins’s monumental sculpture which once crowned the Soviet pavilion at the Paris expo in 1937. The title of the exhibition was ‘ Not only the black square’. Even an audience long familiar with Malevich was surprised by the shows sensational revelation that Malevich had designed the bottle for one of the most popular Soviet fragrances. Severny eau de Cologne. Black Square had kicked open the door to abstraction in modern art was revealed to be the designer perfume bottle.

If you loved reading Perfume Politics then read Community here. 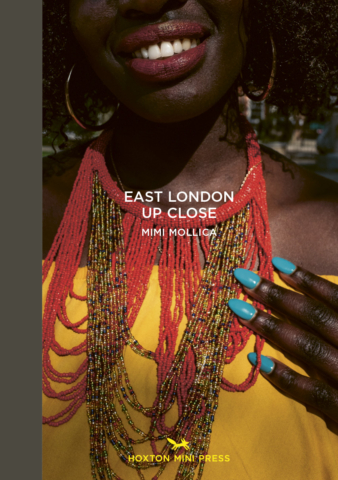