“In their innocence, very young children know themselves to be light and love. If we will allow them, they can teach us to see ourselves the same way. ”
Michael Jackson

Do you remember being a kid? Riding your bike with no helmet on, building dens, playing elastics, drinking sugary fizzy pop, getting countless bruises and cuts after falling of the trees… Being happy for no reason. So, obviously, many people refer to their childhood as the best time of their lives… No responsibilities, no anger, no problems, just pure happiness and love. Children are carefree, they believe in magic and they can do magic (to their parents hearts). Children are the actual definition of the word pure.

No doubt, children are inspiring. A kid can inspire his or hers parents, kids can inspire each other and, of course, kids inspire all kinds of art: music, painting, photography, fashion, creative writing… Speaking of painting, lot of famous artists admitted that they enjoyed painting youth more than anything.

Vincent van Gogh, world’s most famous post-impressionist, once said that the only thing that “excites me to depths of my soul, and which makes me feel the infinite more that anything else” is a child. He was a friend of with Joseph Roulin and he has painted Joseph’s family, including his three children, several times. Van Gogh always stayed true to his unique and now hugely recognizable style – bright colors, broken brush strokes, dark outlining around objects… Pierre-Auguste Renoir was one of the founders of Impressionists movement. He is famous for his vibrant, light and saturated colors, bold lines; his works are warm and sensual. Of course, with such a pure colour palette he was among those painters who did a lot of children’s portraits. His Girls at the Piano, A Girl with a Watering Can and Two Sisters are probably the most famous ones. These two masterpieces are brimming with life and sunlight. Pierre-Auguste Renoir, Girls at the Piano

Charles Burton Barber has always been famous for his idyllic scenes of children with their pets. He even received commissions from Queen Victoria to do paintings of her grandchildren. Arthur Elsley lived in a different age but his canvases remind of Barber’s – sentimental scenes of kids playing with their pets. Elsley took Barber’s place as foremost British painter of children. A lot of his paintings were used commercially by some calendars, cakes, etc. firms. Valentin Serov is one of the most famous portrait artists of his era (he died in 1911). His paintings were notable for the psychologically pointed characteristics of his subjects – he used to ‘get beneath the skin’. In portraits of children Serov aspired to capture pose and gesture, to emphasize sincere cleanliness and clearness of attitude of the child. Mika Morozov’s famous canvas  shows and proves it all. Marie Elisabeth Aimée Lucas-Robiquet is a orientalist artists who is famous for her African and Algerian subjects. Her style was clearly influenced by Impressionists movement – you can see it in her technique and color palette. Jessie Willcox Smith’s illustrations are very famous and you have probably seen at least some of them a couple of times (she illustrated Louisa May Alcott’s Little Women). Most of her work is concerned with children and motherly love. It is believed that she used to invite her friends with kids to visit, and would watch them playing, finding her inspiration in that. Nguyen Thanh Binh is famous his minimalistic style and white, grey, brown and beige tones. His daughter is a ballerina, and the painter finds a lot of inspiration in his own child and also in classic music. Andre Kohn was born in an artistically gifted family, his mother was a violinist and his father was a linguist, writer and sculptor, so Andre had an opportunity to explore art and his own talent. He has a very distinctive, fresh, figurative style. It is not only about paintings, of course. Children are the inspiration behind great music, photographs, cinema and many more… 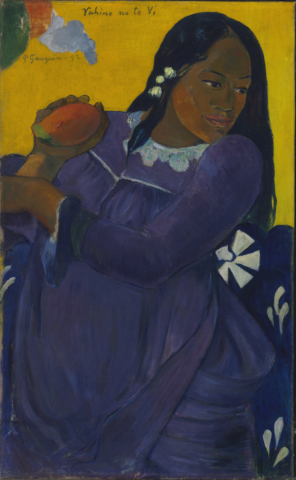