Short films are one of the most wonderfully emotive ways to engage. They don’t require a huge commitment from the viewer of two hours plus of time in a busy busy world. Twenty minutes or half an hour can be truly rewarding but also, in many ways, entertaining and informative.

Take for example Omer Ben-Shachar’s short film, Tree #3, and its focus on an immigrant child who takes drastic measures to be noticed in a school play. This film won the 2019 Student Academy Award, the Audience Award for Best Student Short Film at Palm Springs International ShortFest 2019 and it was nominated for Best Comedy at the Student Emmys/College Television Awards 2019.

After he’s been cast (again!) as a background tree in his annual middle school play, an ambitious and imaginative immigrant boy leads a revolution on stage that his intolerant drama teacher will never forget.

Writer-Director Omer Ben-Shachar was born and raised in Tel Aviv, Israel, before ending up in Texas as a child. His character-driven stories celebrate individuality and infuse comedy with our insecurities and fears of being outsiders. The film is directly related to his own experience.

The cast introduces Lior Malka, Rita Zohar and Ohad Bitton. Zohar’s notable credits include Mrs. Moskowitz and the Cats where she won an Award for Best Actress. Ohad Bitton has previously starred in Dead and Gone.

We asked Omer directly about making his moving short, a film that would benefit all by being shown in every school around the world!

How did the story come about? Is it something you experienced? Can you tell us about it?

Yes! Tree #3 is largely based on my experience growing up in Texas as a newly immigrated boy. To me, America meant Broadway, and when I arrived, I couldn’t wait to audition for my school’s plays. While I dreamt of becoming the next Meryl Streep, instead, because of my strong accent, I was cast as Flower #4, Lamp #2, and Cloud #6.

So, I decided to put on my own plays, in my living room, and invite my own crowd. In those plays, at home, I cast myself as the lead. No drama teacher was going to convince me that I was doomed to be in the background forever. Making this film was my way of proving it.

Can you tell us a little about the cast? How did you come to put them together? Particularly the part of Itai, who we thought was magnificent! Please share this with us.

Thank you! He’s amazing, we were so lucky to find him. We found him through our casting directors, Carla Hool and Natalie Ballesteros. It took a while until we found him since we were looking for a very specific kid. We needed a kid that was great at “putting on a show” but that was also authentic and genuine. We needed a kid that was very charismatic, energetic and captivating but also shy, sensitive and insecure. And on top of that, he needed to have an English accent, and speak Hebrew! We were looking for a miracle – and somehow, we found it! Lior Malka, the lead boy who plays Itai was all of that, and much more.

It was great working with the other two young actors as well, Alex Gonzalez and Eva Du. I love working with young actors because of how fearless they are. They’re not afraid of failing or making mistakes. Onset, if you would ask them to put on a certain accent, for instance, or try to deliver a line in a different way, they’d really have fun doing it. And even if I gave them a note that didn’t make sense immediately, they’d view it as a challenge, like a game. That’s where the magic is. The best parts in the movie are the parts where they’re just having fun, a lot of times improvising. No written line can compete with a real smile.

We hoped that by making this film, we could help give voice to others who feel like they’re always put in the background, and are forced to stand away from the spotlight, behind the leads. We wanted viewers watching the film to be inspired by Itai not to let others cast a role for them. Cast yourself as the star of your own show. During our development, our mentor, Michael Urban, told me something that really spoke to me, and I think is still very relevant to the film’s message: Be yourself, and the audience will find you.

I think the film is a great reference for newly immigrated children trying to find their place in a new country, and it was important for me to have the film play in schools and educational programs for younger audiences. I wish I could see this movie when I moved here as a kid.

How long was it making the film the whole process from writing the script to casting, finding locations shooting to editing? And what is that whole process like for you?

The whole process took about a year. We wrote the script and were in pre-production for about six months. Filming took a week, and post-production took another half a year. The process was amazing, mainly thanks to my team of collaborators who were all so talented and passionate about the project and were so great to work with: Iris Yang, the producer, Katia Najera, the production designer, Zilong Liu, Cinematographer, Yinong Xia, the editor, Sydney Meadow, co-writer, and many more. I couldn’t have asked for a better team.

What I love about filmmaking is how you discover new elements and surprises about your story at every stage of the process. Whether it’s in the writing, casting, filming, editing and even sound design – you learn things about your story you never knew existed. I love how on the one hand you created this thing from zero, you know everything about it. But at some point the movie has a life of its own, it knows better than you, and you have to listen to it, let it guide you. You have to let the movie be what it wants to be, even if it’s not what you expected.

Why was it set in the USA? This experience is a global one in this day and age, whether it be by religion, sex or even eye colour. Many many people go through a sense of loneliness or difference, was American an important part of the story for you and if so why?

Definitely, I agree. It was set in the USA largely because it was based on my personal experience growing up in Texas, and was what I felt most familiar with. But I think people from all over the world can connect with this experience. Itai’s journey, who starts off when he is ashamed of who he is, and ends up learning to love his own cultural identity – is a universal journey. Everybody feels like an outsider, and everybody’s been miscast at some point in their life.

For me, as a young Israeli boy growing up in Texas, I was very ashamed of everything that made me different – my accent, my background, my personality. But I learned, just like Itai learns in the movie, that so many times the things we’re ashamed of are the things that make us unique, special and beautiful. We just can’t see it. When we begin to accept the things that make us stand out, we begin to love ourselves. That’s really the message I wanted to convey in our movie.

The main thing that guided us in the visual design of this project was that we wanted to tell the story from the kid’s POV. It’s his story, and we wanted the camera to tell his experience, through his eyes. That’s why the first shot of the movie starts with iPhone footage in which he films himself, looking directly into the lens. Even though it’s not the most aesthetic shot, it immediately gives the audience the feeling that this boy is directing the movie we’re watching. You’re on his side from the first frame, before he even says anything. That was what guided us throughout the whole movie – how do we show that Itai (the hero) feels isolated in this scene? How do we show that he feels empowered? This is because we felt that the best way to deliver the message was to put the audience in his shoes. 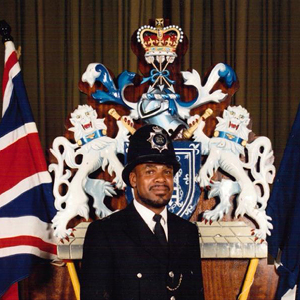 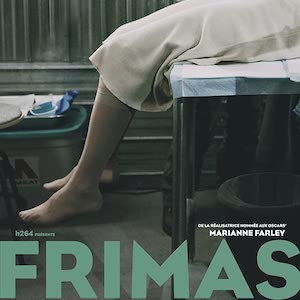